A Greg Norman signature golf course will be built on the South Coast of NSW as part of a massive development by the Chinese-backed Visionary Investment Group.

The Shark will design a championship course near Wollongong as part of a proposed 500-home residential development. 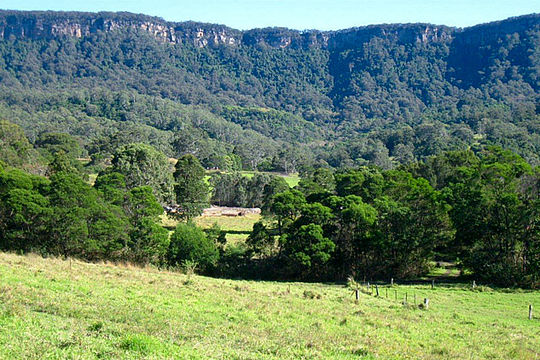 The famous Illawarra escarpment will form the backdrop for the course which will be built on the old Huntley Colliery site.

The new course, to be named The Huntley Heritage will have some holes built on a current landfill, some on an old coal wash and others set in the native forest on some diverse terrain ranging from mature forest to pasture land and natural creeks.

Tipped to be completed in the next 12 months, Norman was impressed with the site when he inspected it, suggesting he didn’t often get such spectacular backdrops to work with.

“You only have to look at the backdrop behind the green to see from a designer’s standpoint. Designers love to frame greens like that,” he said.

“Mother nature gave us what we needed to work with here.”

The 420ha site will include the 18-hole golf course, 500 residential lots, 65 apartments, a clubhouse and retail outlet.

Norman is also developing a resort on Great Keppel Island with veteran property player Terry Agnew, where a casino licence is being sought.

At one stage Norman was a partner in international and local golf course empire Medallist, which was primarily funded by Macquarie Bank.