New PGA of Australia boss Brian Thorburn is on a mission to help golf return to its ‘glory days’.

The PGA of Australia recently appointed Thorburn as its new CEO, who arrived with an extensive administrative background including 11 years as Commercial Director of the Australian Rugby Union. 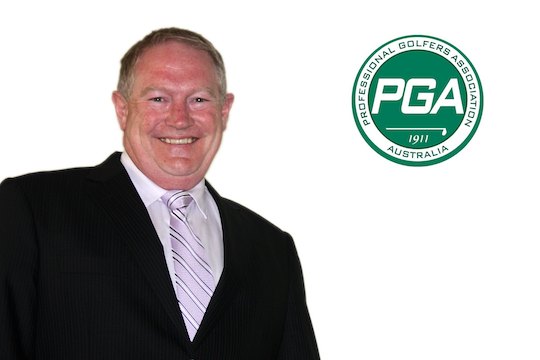 While Thorburn has no administrative background in golf, he has been an avid follower of the game since he was a teenager.

In a revealing interview, Thorburn said his goals as new boss include improving communications and services between the PGA and its members and building the profile of professional golf in Australia.

“My vision for golf is to seek to restore it to the glory days of a decade ago,” Thorburn said.

“That’s a vision which captures both the professional and touring side of the game, as well as the membership and vocational side.

“We need more fans, more viewers, more kids coming through and we need to develop role models and heroes for the game.”

Thorburn attended this year’s US Masters tournament and said the game’s current position in Australia was strong.

“With over 1.2 million people playing the game and a massive contribution of the Australian economy, it’s a really important sport within Australia,” Thorburn said.

“The emergence of people like Jason Day recently is a great portent for the future.

“I think the ratings, level of interest and media coverage following the Masters will have penetrated in many people’s minds.”

“We need to look at the ways that other sports have positioned themselves against kids, including the AFL’s AusKick Program,” he said.

“We have the Pump Golf program for kids, but a broader product is probably needed.”

One of the biggest issues facing the game in Australia, according to Thorburn, is the competitive Australian marketplace.

“We now live in a society which has so many different leisure and entertainment options that we have to continuously strive to be meaningful and relevant against our competitors,” Thorburn said.

“With Australia being one of the most cluttered and competitive sports markets in the world, we have to fight for space in newspapers, on television and for the hearts and minds of fans and consumers.”

Thorburn said the PGA was already working hard to secure as many marquee players as possible for this year’s Australian Open and PGA Championship.

“Of course the Australian Open and PGA straddle the Presidents Cup, so we’re hoping that we’ll be able to attract some really big names and therefore the profile of both events will escalate accordingly,” he said.

The PGA is in advanced discussions with players such as Rickie Fowler, Bubba Watson, Dustin Johnson, Masters champion Charl Schwartzel and Ernie Els.

Thorburn said sponsorship will dictate the quality of the fields for the upcoming summer.

“Certainly we need to get a stronger sponsorship profile for both events, which we’re working very hard on, so if there are any sponsors out there, please feel free to give us a call at the PGA,” he said.

The PGA will celebrate 100 years since its formation this September, which will be heavily promoted later in the year.

“The Centenary activities will hopefully prevail for a full 12-month period and we’re working on ways in which we can draw on the positive effect of the International players during the Presidents Cup period,” Thorburn said.