The topic of participation levels in golf continues to be an issue of debate with many local councils using a “declining trend” as a basis to overtake public courses as part of a broader agenda to introduce facilities to cater for a broader sporting base.

The closure of a number of public courses in major cities in recent times, as well as push from council administrators to modify existing layouts on the basis of ensuring all members of the public have access, has been predicated on their claims golf is in decline and has been for many years. 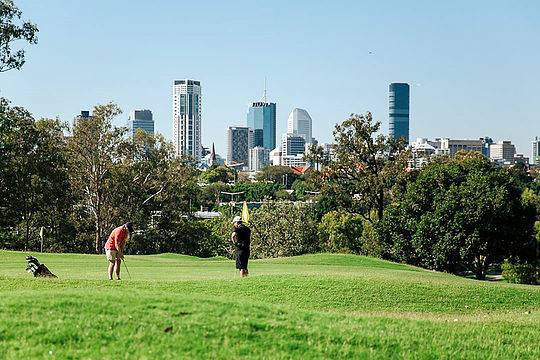 The City of Sydney have been all over Moore Park with a push to change it from 18 holes to nine. Administrators at Lane Cove Council are using long term statistics as a push to change Lane Cove Golf Course and encroach on the footprint of the layout to build a mega sporting facility catering for indoor sports and tennis.

The push does not stop in Sydney but extends across Australia into highly-populated centres in Brisbane and Melbourne.

Public golf courses are and have been at the mercy of council administrators eager to land grab and build whatever pet project they desire, often with a focus on monetary return to council coffers.

You only need to look at what is happening at Victoria Park in Brisbane, Dorset Golf Club with Maroondah Council in Victoria and Melbourne’s Elsternwick Golf Course and Kingston Links.

Yet the tide may be turning with a recent Golf Australia survey identifying that, for the first time in 21 years, Australian golf club membership has risen in the past year.

“We continue to see a rise in social club membership,” said Newbold.

“Importantly for club health broadly, more than half (52 per cent) of those new members were aged under 50, a figure that compares well to the 28 per cent in that category overall.”

The report also indicated a significant jump in 9-hole competitions, namely 33%, which can be attributed to “Play 9”, a combined initiative of Golf Australia and the R&A.

Whilst the GA Report is pleasing in some respects there is still considerable work to be done to keep public golf courses safe and away from the prying eyes of council administrators.

Make no mistake golf is under threat, however, when upward trends start to emerge and with tee time bookings at clubs full to the brim as we have seen since March, the power in numbers is just what the sport needs.

If the public golf tracks disappear so does a vital development platform for the next wave of our top professionals such as Aussies making it into the US Collegiate system and the next generation of PGA pros.