Modern Muscle is defined by balanced weighting for perfected precision and power. As a collaborator throughout the development of these irons, Nike athlete Rory McIlroy used a prototype of the Vapor Pro Combo (MMPROTO 2i) to win the 2014 Open Championship.

The new Modern Muscle geometry provides a shifted center of gravity, previously located closer to the heel, now moved toward the center of the face. 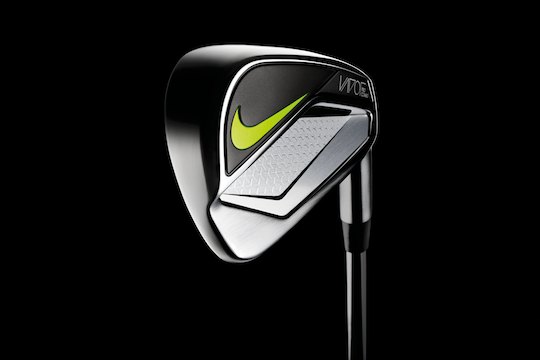 The short irons (8i-PW) feature a forged construction with a shallow cavity that promotes a strong, penetrating trajectory for enhanced shotmaking.

“I tested a prototype version of the Vapor Pro Combo 2-iron for a few months and worked with Nike to make it better for me,” said Rory McIlroy after winning the Open Championship.

“They brought me this 2-iron to try out at the Nike Performance Fitting Center at Archerfield last month and I loved it. It was an instant hit and I immediately put it in the bag at The Scottish Open.”

For the first time, Nike Golf club engineers incorporated proprietary, lightweight RZN material – a modified version of the material found in the high energy core of Nike Golf’s line of RZN golf balls – in the cavity of the Vapor Pro Combo long irons, 3i through 7i.

RZN technology displaces 45g of material to the perimeter of the club head while tuning impact feel. The result is enhanced speed, trajectory and forgiveness while maintaining workability and pure feel.

The Vapor Pro Combo is constructed with progressive technology and geometry throughout the set, a concept first brought to market by Tom Stites with the original Nike Pro Combo in 2002.

The Vapor Pro Combo irons (3-PW, True Temper DG Pro, RH/LH) will be available in November, 2014. Local pricing is to be confirmed.