It’s long been a lament of many senior golfers…what ever happened to caddies at their local courses?

And it was not that many years ago schoolboys found it the perfect way to make a few dollars, caddying for golfers of a Saturday afternoon. 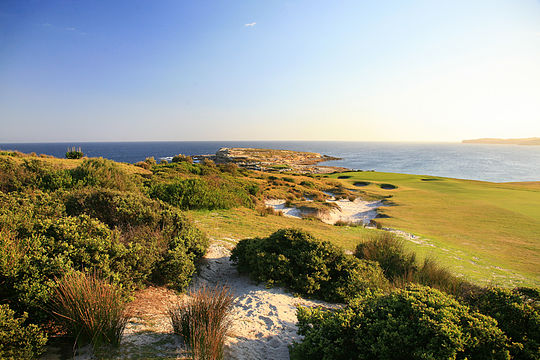 Then a few decades ago the “club caddy” all but disappeared after being a permanent fixture on the Sydney and Melbourne golfing scene.

Now at least one club is looking to change that with the revelation that the NSW Golf Club was launching a new “Caddy Program” to bring this golfing art back to the game.

The La Perouse [Sydney] club decided it could also prove the perfect platform to a lucrative career as a caddy for golf fans who don’t have the game to take them to the best courses and tournaments in the world on a regular basis.

The NSW club’s program is mainly to provide caddies to work for local and international visitors.

It will see applicants trained in the art of caddying as well as both the rules and etiquette of golf.

According to the general manager of the NSW Golf Club, David Burton, the advent of pull carts and electric buggies saw caddies die out at clubs in this country.

Burton said there had been a long-term desire to re-establish the practice within a formal program that provided more than just a casual job.

“Caddies will work in much the same way as caddies for professional golfers, they will undertake full training and receive a uniform together with access to amenities and a caddy master,” he said.

“Because of NSW Golf Club’s reputation among golfers worldwide, it receives a steady flow of international visitors including many from America and the UK where professional caddies remain an important part of the game.

“Navigating around the NSW Golf Club, especially for visitors who are out to enjoy one of golf’s real experiences, will be made easier with an experienced caddy on hand.”

The program will also provide a foundation for those seeking a career as a professional caddy, together with the opportunity for young golfers to gain experience and continue to practice their game with club access included as part of the program.

Each caddy will be assigned to a golfer with all caddy fees going directly to the caddy.

The man rated by many as the best caddy in the world, Steve Williams, has agreed to be patron of the NSW Golf Club’s caddy program, while American professional caddy, Jack Coaty, has also been enlisted to help with the set-up.

Williams has caddied for the likes of Greg Norman, Raymond Floyd, Ian Baker-Finch, Tiger Woods and Adam Scott during their careers and will no doubt provide some timely advice for anyone wanting to follow in his footsteps.

This initiative will also be funded by the NSW Golf Club Foundation.