With three years of course renovations now behind them, Royal Canberra Golf Club are throwing open the gates to the public with a Grand Opening Gala day planned for Sunday November 13th.

The combined talents of Ogilvy Clayton Cocking Mead (OCCM) design team have presided over the new work completed around the Westbourne course layout. 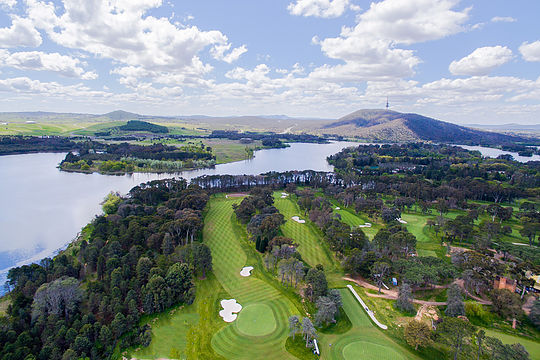 Among many new features, new holes and green complexes have been created, bunkers have been redesigned and in some cases relocated; while maintaining the stunning parkland beauty of the famed layout that last saw major tournament action at the 2013 Women’s Australian Open.

Ogilvy will make only one tournament appearance in Australia this summer, at the Emirates Australian Open at Royal Sydney, but will cast an eye over the finished product at Royal Canberra in what is sure to be an entertaining foursome featuring plenty of banter in the company of Clayton, Tharle and Daddo.

“I’m looking forward very much to getting back and playing the new course,“ Ogilvy said, “I’m especially excited to see the run of holes home from the 13th.”

“I think these six new holes have a real chance to be included amongst the best groups of finishing holes in the country.”

Gates will open at 12pm (Sunday November 13th) with the Exhibition Match expected to tee off at around 2pm. Other festivities planned for the afternoon at Royal Canberra include music, golf merchandise, BBQ and a variety of food and beverage outlets for guests.

Admission on the day is free but registrations are essential via www.royalcanberra.com.au