Aussie golfer Peter O’Malley, and affectionately known as ‘POM’, has been appointed as the new Chairman of the Board of Directors of the PGA of Australia.

Effective immediately, O’Malley replaces renowned PGA Professional and businessman Mark Gibson, who stepped down after successfully serving two full terms as the Chairman of the PGA over the past six years. 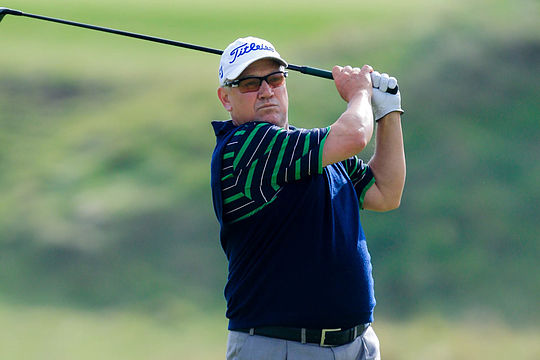 Throughout his career O’Malley has competed all over the world; highlights include wins on home town favourite Colin Montgomerie to capture the 1992 Scottish Open at Gleneagles along with two other European Tour victories in the 1995 International Open and 2001 English Open.

Widely respected for both his playing prowess and approachable demeanour, O’Malley’s appointment as Chairman was unanimous and strongly supported by his fellow PGA Professionals.

“I am incredibly proud to be a PGA Professional so to be Chairman of the Board of Directors of the PGA is an honour,” said O’Malley.

“Guiding the PGA and ensuring the long term health of the Australian golf industry is a responsibility I do not take on lightly.”

“I have been afforded many great opportunities over the years and by serving on the Board, now as Chairman, I hope I can continue contributing to a positive future for PGA Professionals and can give a little back to the broader industry.”

“Throughout his career Mark has been instrumental in growing the game, particularly at his home base on the Gold Coast,” said O’Malley.

“Over the past six years he has guided the PGA through a large period of change. Through his Chairmanship Mark has given back to our game and industry in many ways and the Board, PGA management and his fellow Professionals are very grateful for his service.”

Joining the PGA of Australia Board of Directors in the position vacated by Gibson, is Bruce Green, the Head Professional at Royal Melbourne.

Appointed as Deputy Chairman, the position previously held by O’Malley, is Dave Stretton who joined the Board in 2016.

The PGA Board is made up of eight Directors.