There are few players as passionate about the game of golf as veteran professional Peter Ormsby.

The South Australian capped a marvellous career in the game last week when he was awarded life membership of the PGA of Australia. 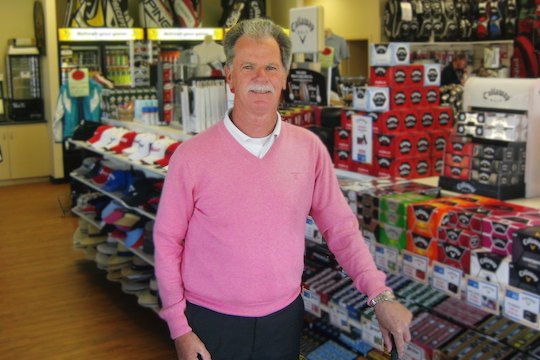 It has been a long and varied career in the game for Ormsby, who completed his PGA traineeship at the Riverside Golf Club in 1978.

He is now the head professional at Adelaide Shores Golf Club, employing a loyal team of PGA pros.

And Ormsby’s love of the game sees him still compete on the E-Z-GO PGA Legends Tour, when time permits, and also add support for his son Wade, who, when not competing on the European Tour, is at home chasing success on the Australasian Tour.

He sold that business in 2007 and began building a new pro shop, golf academy and driving range at Adelaide Shores.

In his 30 years in the game Ormsby has been instrumental in growing participation, mentoring and developing PGA members throughout South Australia, efforts which were recognised during the PGA’s Centenary Celebrations when he was honoured as an Ambassador.

Accepting his award at last week’s PGA Annual General Meeting, Ormsby thanked Ian Pritchard and the South Australian community for nominating him as well as the members for voting for him.

“I can’t believe I’ve got this award and nomination, it’s fantastic,” he said.

“To be part of an elite membership category is just unbelievable.”

Ormsby spoke of the opportunities PGA Membership had afforded him over the years, believing preparation had been the key to his success, a lesson he learned at a young age from a Coca-Cola yo-yo competition.

“I swore then that I would never ever go into something and not prepare myself for it”, he said.