It was once a mainstay on the Australian golfing calendar and then billionaire Clive Palmer came along.

The former long-time home of the Australian PGA Championship is, however, set to return to its former glory with news that Palmer will be spending $100 million on its redevelopment. 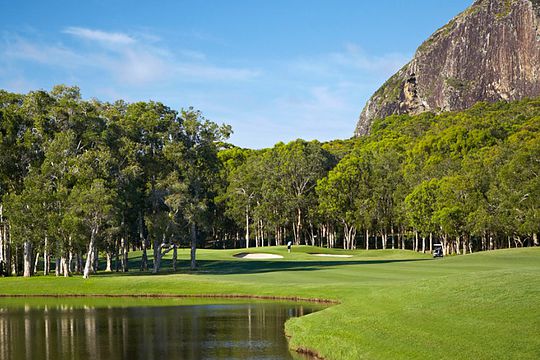 Work is already underway with up to 200 workers expected to have the Palmer Coolum Resort back in shape for a staggered reopening in the second half of 2022.

“The Sunshine Coast has suffered due to the massive turndown in tourism over the past 12 months and will face further economic hardships once the JobKeeper program finishes,” said Palmer.

“This project will provide much needed economic stimulus during construction and into the future as a major visitor drawcard for the region.”

Palmer said the redevelopment of the once five-star resort will include the complete gutting of more than 300 apartments in the complex along with the refurbishment of the Village Square area and restaurants.