Two of the Gold Coast’s most picturesque and progressive golf courses will have new names from today, almost eight months after being plucked from receivership by Queensland’s leading businessman, Professor Clive Palmer.

The Colonial will now be known as Palmer Colonial with Robina Woods switching to Palmer Gold Coast. 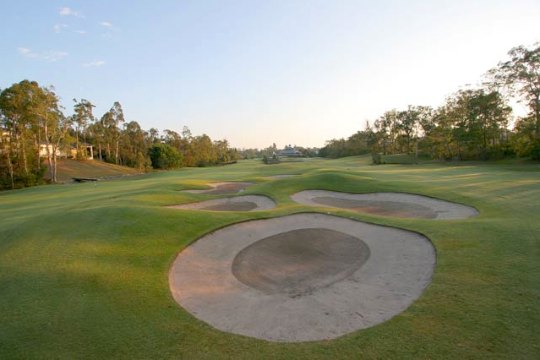 Robina Woods will now be known as Palmer Gold Coast

The two courses were placed into voluntary receivership in April 2011 and faced an uncertain future before Professor Palmer struck a deal to acquire the local landmarks in December last year.

Since the takeover, the courses have continued to go from strength to strength with members able to take advantage of a uniquely flexible dual-course membership, which allows them to access either of the two pristine facilities with the one membership.

Both are consistently ranked in Australia’s top public access courses and feature award-winning facilities which are ideal for weddings, corporate or private functions.

Tournaments such as the Greg Norman Junior Masters have been secured for the venues, as has a place in the PGA Pro Am, which takes place at Palmer Coolum Resort on the Sunshine Coast.

“The future is very bright and we are excited about how our courses’ new names can benefit our members and golf on the Gold Coast,” she said.