Yet another Sydney golf course will bite the dust this month with the once-popular Parramatta Golf Club to close its gates on April 13.

The nine-hole layout has long been a popular venue for learners, veterans and even hackers who just wanted a quick nine holes before dinner. 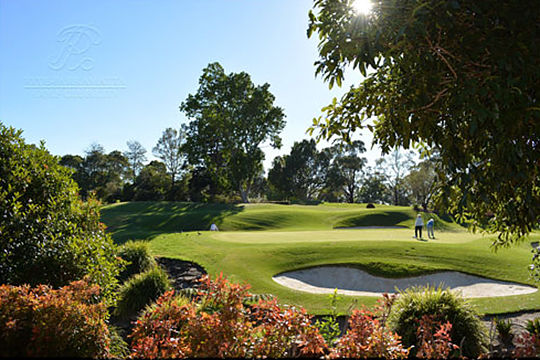 The present layout, near the railway line and just along from the thriving Westfield Parramatta shopping centre, came about in 1954 when the Fox Hills (Wentworthville) professional Bill Kaye-Smith, who managed a driving range on the present course, approached the Parramatta Park Trust for permission to build two par threes for range patrons to practice their short games.

The Trust instead decided a nine-hole course there would best serve the community of Parramatta.

The club has continued to operate the nine-hole layout and driving range for more than 50 years but with declining membership in recent years, just 230 members remain, the club will be placed into voluntary administration when it closes its gates for the last time next week.

The Parramatta Park Trust looks set to resume management of the site and already suggestions on what to do with the site are being put forward.

One of those ideas already causing some spirited debate is to relocate the Powerhouse Museum within the 25 hectares of public open space.

Club members have been invited to a barbecue and discussion night on April 11 from 4pm.

Historians will enjoy pointing out that there have actually been two Parramatta Golf Clubs on this site, but separated by about 26 years.

First formed in 1902, Parramatta Golf Club approached the legendary Carnegie Clark to design the course within the boundaries of Parramatta Park.

Clark designed an 18-hole course although at least one drive had to be played over the railway line.

In 1929 the park trustees returned the land to open space passive use so club members were invited to join Ryde Golf Club, which was renamed Ryde-Parramatta Golf Club.

It still thrives to this day at its’ Ryde location.

The Trust also tried to help the club survive by providing some rent relief, helping with the cost of maintaining some of the golf course’s open space; funding the maintenance and responsibility of a gatehouse and also paying for security patrols, in an effort to reduce the club’s operating costs.