Pebble Beach’s 17th gets a facelift

One of world golf’s most iconic holes – Pebble Beach’s par-three 17th – is in the midst of a green reconstruction that aims to restore the original characteristics of the hole that was first designed in 1929.

The most significant enhancement being undertaken by Arnold Palmer’s design group will be the increase of the hourglass-shaped green’s size, from 3,600 square feet to 5,000. 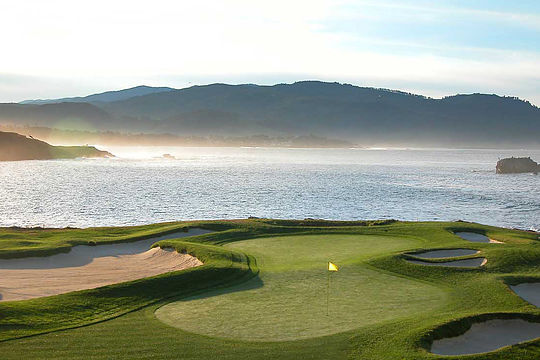 Work will also be done on the mounds fronting bunkers to the left of the green, which will be lowered to give players a view of the back left portion of the green from the tee.

Statistics from the 2010 US Open give credence to the claim, with only 61 tee shots out of 312 attempts over the opening two rounds finding the green in regulation.

Arnold Palmer has worked closely with our team to ensure we maintain the original design intent and to create a fabulous new look. It’s going to be absolutely terrific.”

Work commenced on April 29th and the hole is scheduled to re-open on July 24th.

Pebble Beach will next play host to the US Open in 2019, nine years on from Graeme McDowell’s win in the championship in 2010.