Improvements to the Pelican Waters Golf Club’s 18-hole championship course have been given the go-ahead by golfing legend Greg Norman, with work to commence this month.

The changes will be made to Norman’s first Queensland signature golf course to improve the playability of the course for members and guests. 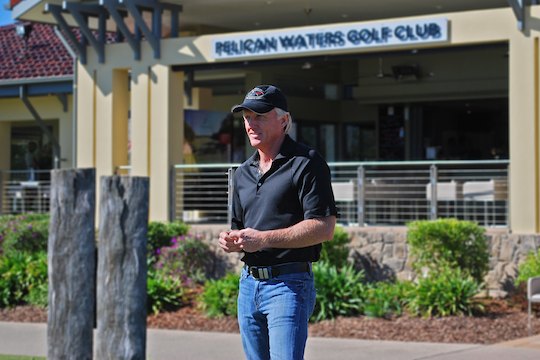 Pelican Waters Golf Club general manager, Tim Gall said the alterations would refresh the championship course which maintains its mantle as the best course in the region and one of the elite golf experiences in Australia.

“This work will coincide with the 10-year anniversary of the official opening of the course and will enhance the experience for golfers of all levels from the average player to the professional,” Gall said.

“The changes represent a maturing of the course and reflect the modern, dynamic design of the Greg Norman-signature courses.”

The updates were warmly received at the club’s annual members’ dinner recently. The changes involving two new bunkers and the removal of 22 bunkers will commence this month and last about three months. Gall said there would be minimal disruption to the course during the upgrades.

The changes will affect 12 of the 18 holes and produce a course featuring 68 bunkers. The first design changes to the course in its 10-year history will cost about $250,000 – which will be spent locally engaging local operators and additional staff.

Norman said he was delighted to have returned to the Pelican Waters Golf Club in June to inspect the proposed changes and had signed off on the upgrades.

“Golf course design is one of my true passions in business and life. I take seriously the legacy we create in designing and developing each golf course and I am proud of the course we have created at Pelican Waters Golf Club,” he said.

Pelican Waters Golf Club was named as one of Australia’s Top 10 resort courses in its first year of operation. It remains classed among the premier courses in the world, is ranked 44th in the top 50 courses in Australia and Top 10 in Queensland. The course is open to members and the public seven days a week. Membership is available from $1749 per year.

Pelican Waters updates at a glance