Six years in the making, Peninsula Kingswood is the most significant Sandbelt course redevelopment in Australia and is the result of an industry-leading merger between Kingswood Golf Club and Peninsula Country Golf Club that sets a benchmark for other golf clubs.

“Peninsula Kingswood is a gift to the game of golf – a great test that sits comfortably alongside Melbourne’s other Sandbelt gems like Royal Melbourne and Kingston Heath,” Premier Andrews said. 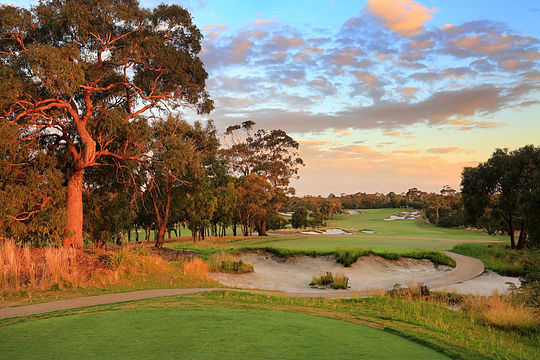 “Today is the culmination of the vision of the directors of two prestigious golf clubs who had the courage to merge, to sell one beloved club and to invest in the future when other clubs were failing,” said Peninsula Kingswood president Rob Dowling.

“Peninsula Kingswood sets a new standard. Our courses have been designed to stand alongside the great heathland courses of the world, whilst ensuring playability for golfers of all abilities.”

OCCM’s Mike Cocking said the aim of the course redevelopment was to realise the potential of the site by creating a true Sandbelt experience, both in design and construction.

“It is fair to say that we haven’t before seen a renovation of this scale around the Melbourne Sandbelt. Every green, bunker and tee has been redesigned or rebuilt, fairways re-shaped and re-grassed, creeks and water bodies added, a state-of-the-art irrigation system (built), cart paths, drainage and vegetation works,” Cocking said.

“What Peninsula Kingswood has achieved in the past four years is basically what every other Sandbelt course has spent the last 20 or 30 years accomplishing.”

Peninsula Kingswood is a private club with approximately 2000 members.