Outstanding touring professional Stacey Peters has landed a key role in Australian golf to help prepare the next generation of aspiring female talent.

Peters has today been appointed as Golf Australia’s female national pathway manager, a new role created to increase the depth of the talent pool of Australian female golf. 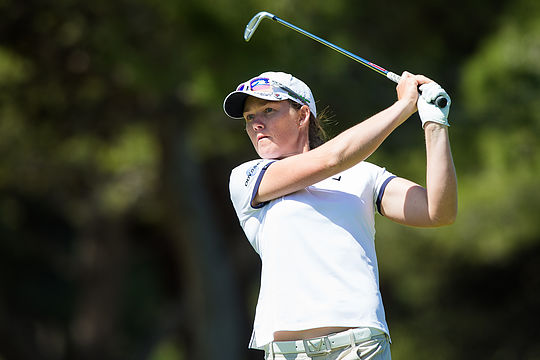 “I’m really excited for this opportunity – it’s a great combination of a heap of things I’m passionate about,” Peters said.

“I’ve always been a big fan of global golf at all levels and having travelled with a couple of young teams in different roles recently, it’s really highlighted to me how much I enjoyed that side of the game, too.

“There are unique challenges facing female golf at all levels around Australia and it’s something I’m really keen to put a different perspective on.

“Primarily that’s obviously with young girls coming through, but the chance to give all women a voice is part of what makes having such a role so important to us all.”

Peters, who won the Vic Open as Stacey Keating in 2013, is a seven-time winner on the ALPG Tour. She also won the French and Spanish Open titles in 2012 en route to finishing sixth on the Ladies European Tour order of merit and later earning her LPGA Tour card.

Peters, 31, played a key mentor’s role with the successful Victorian team in the Women’s Interstate Series in Perth this year and also toured with an Australian amateur “squad” in Britain, effectively highlighting her capacity for development and instruction.

It’s this combination of factors that Golf Australia high performance director Brad James said made Peters a perfect fit for the role.

“The position is a really important one for the future of female golf in Australia, so we’re really pleased we had such quality applicants that reflected the role’s significance,” James said.

“But in Stacey we found what we think is the perfect match.

“She has a solid technical capacity, but also has a really good understanding of the challenges faced by young female athletes from club level right through to the world’s elite tours.

“As a former Golf Australia national squad and rookie pro squad member, she also is familiar with the pathways as they stand and has sound ideas of how to make them even more successful into the future.

“Stacey will also play a large role to continue the success of our current female athletes on the major tours, working with our athletes to highlight their unique challenges and smooth them for the next generation.”

Peters will continue to compete on the LET this season and officially start her new role on 2 October, competing next summer in events when it fits with her new responsibilities.