Women’s sport in Australia is booming and golf has moved quickly to ensure it is not left in the wake of other sports.

So it was appropriate that on International Women’s Day, the ALPG and PGA of Australia announced they had entered into a co-operation agreement that proposed to analyse the two governing body’s operations, assets and services. 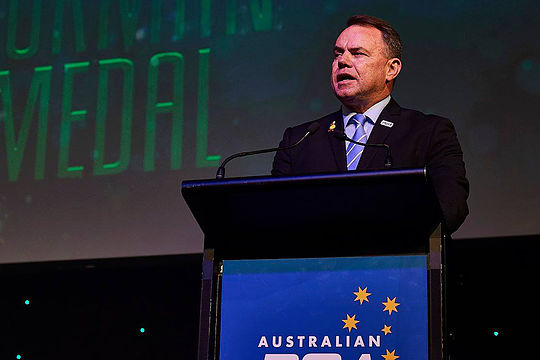 Rather than searching for the next Karrie Webb or Greg Norman, it was just as important to open up other pathways for a career in golf, according to CEO of the PGA of Australia, Gavin Kirkman.

These two bodies, responsible for the administration and governance of professional golf in Australia, have shown in the past that they can work together – but both were keen to take that to the next level.

They intend to work together to build commercial opportunities, strengthen the industry and provide new leadership for professional golf in Australia.

“This formal agreement is our way of demonstrating our firm commitment to collaborate on real opportunities together,” said Kirkman.

“It’s a natural progression for golf in Australia but also represents an exciting time as both the male and female professional games flourish.

CEO of the ALPG, Karen Lunn said: “Our two organisations worked together in 2015 to develop a dual ALPG/PGA membership category and bridging course which now enables ALPG members to attain full vocational membership of the PGA.

“As a result of further discussions over the past six months, we are delighted to be in a position to announce this next level of collaboration, which can only have a positive effect on our game in Australia.”