It’s no secret that marketing golf to Australia’s younger generation has always been a battle for the sport’s hierarchy.

Whether it’s the sheer time required to learn the acute skills of the ancient game or the perception that golf is purely a sport for the oldies and their long socks and strict etiquette, selling golf as a sexy sport to a new-age audience, many of which are female, is about as easy as avoiding interest rate hikes. 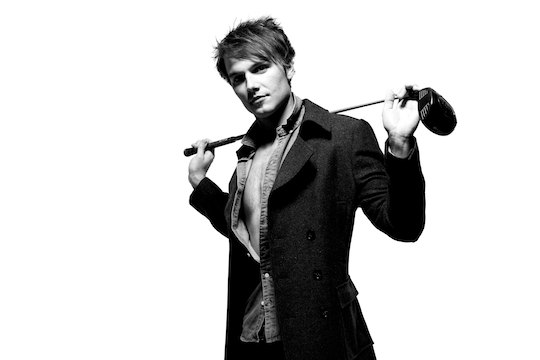 But that’s all about to change thanks to a bold new campaign launched recently by the PGA of Australia.

In an effort to attract more people to the game, the PGA is out to shake the traditional image of golf and, as demonstrated in their latest marketing strategy, there are plenty of young PGA ‘flat bellies’ ready to lead the way.

With the age of the average Aussie golfer increasing, the PGA has a new breed of players in their sights with young Australians aged 18-30 and most importantly females at the very top of their hit list.

The radical approach is a considerable step away from the PGA’s past marketing efforts with the initiative geared towards breaking down common misconceptions that golf is only for the older gentleman.

To do this they have called upon some fresh PGA talent to promote the sport, beginning with a range of high fashion style photography.

“This new campaign is quite revolutionary for the PGA and I’m sure the final result will appeal to the female demographic,” said Brain Thorburn, Chief Executive Officer of the PGA of Australia.

“The idea behind the campaign is to break down some of the traditional stereotypes surrounding golf and PGA Members that can be prohibitive to new people taking up the game.

“I think this campaign will achieve this and encourage more women to pick up a club, get a lesson or even watch the golf on TV this summer.”

Twenty-three-year-old PGA Member Daniel Beckmann, one of Australia’s rising stars who features in the new campaign, said he was happy to be involved with the project and hopes that the image of golf will eventually change.

“Those who play golf know that the common stereotypes about the sport are incorrect and I hope through this campaign non-golfers will see that there are plenty of young people enjoying and excelling in golf,” said Beckmann.

“I started playing golf aged 11 and have been hooked every since. It’s a great way to meet new people, travel and for me earn a living, and the best thing is you don’t have to be a pro to play or enjoy it.”

With plenty more new initiatives planned for coming months, 2011 is certainly an exciting time for the PGA, which will celebrate its Centenary from September.

In addition to the Centenary, the year will also offer plenty for the Australian golf community at large with the world’s best golfers heading to Melbourne in November for The Presidents Cup in addition to the culmination of the PGA Tour of Australasia season.