PGA Tour China Series to kick off again from 2018

The fastest-growing golf region in the world took another major step forward this week with the announcement that the US PGA Tour’s China Series would resume in 2018, following a one year ‘hiatus’.

An agreement for the next four years has been reached between the China Golf Association and the PGA Tour which will see the number of events and the prizemoney on the increase. 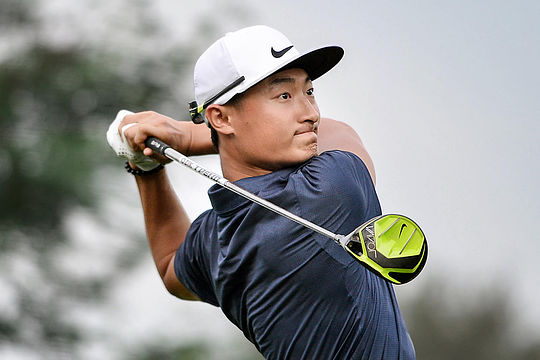 President of the China Golf Association Zhang Xianoning explained that these would be brand-new events, providing players with more opportunity to participate, as well as to establish a route for China golfers to get through and into the world stage of golf.

“The development of golf tournaments here is not only helping the tour itself, but also helping China develop better and more-professional golfers and to raise the interest of our citizens to the sport of golf,” Xianoning said.

The PGA Tour Series was to begin in 2017 but was delayed during discussions and eventually had to be scrapped.

Yet the dye had been cast and even in the three years the China Series had run it had a huge effect on developing Chinese golfers such as Dou Zecheng, Zhang Xinjun, and Li Haotong.

Zecheng won four times and was the China player of the year in 2016, while Zhang Xinjun finished fifth on the money list with the top five players earn status on the Web.com Tour.

Li Haotong played the China Series in 2014, and a year later he was one shot out of the lead going into the final round of the HSBC Champions.

Li won the Volvo China Open last year and earlier this year caught the eye when he closed with a 63 to finish third in the British Open.

Li chose to stay on the European Tour instead of trying to get a PGA Tour card through the Web.com Tour Finals.

He is now ranked No. 66 in the world and is the highest-ranked of all Chinese players.

“We are looking forward to strengthen the development of the sport of golf in China and to hopefully provide them with not only a better platform to develop, but also to gain more opportunity to strengthen their skills to have better performances in major international sporting events,” Zhang said.

PGA Tour commissioner Jay Monahan said the tournaments in 2018 would have a minimum purse of ¥1.5m Chinese yuan (about $US225,000).