‘Coming soon’, sounded awfully ominous when the schedule for the US PGA Tour’s China series for 2017 was supposed to be announced.

It seems the China Series, shaping up for only its fourth year, may be in doubt of even going ahead. 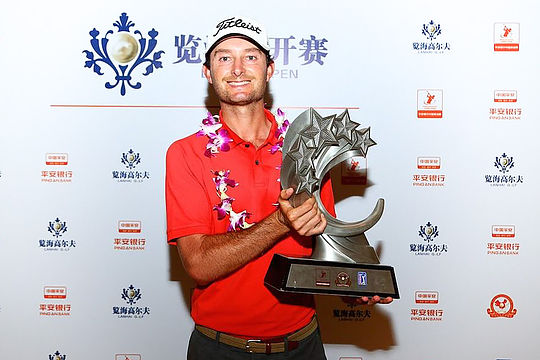 And while the Tour’s website states that information on the 2017 schedule will be revealed ‘soon’, PGA Tour commissioner Jay Monahan has hinted otherwise.

“There’s a good chance that it won’t happen this year and that we may take a year off,” Monahan revealed at last week’s Tournament Players Championship.

“There’s also a good chance that it will happen.

“There’s a fair amount of relationship complexity that we’re dealing with and so that’s the basis for it.”

A three-year deal with the China Golf Association and the China Olympic Sports Industry ended after the 2016 season although Monahan did not reveal what the issues were that had delayed announcing the schedule for the 2017 events.

“You learn a lot — things you love, things you want to change,” he said.

“That’s where there’s a difference of opinion that’s giving us a hard time getting this extended.”

The Commissioner did admit it was cause for concern but is keen to see it continue.

The PGA Tour runs similar circuits in both Latin America and Canada and while the tour does have an office in China it also takes one of its World Golf Championship events, the HSBC Champions to Shanghai each year as well.

“We do have a lot invested in that,” Monahan said. “So we really want to make that work.”