There may be a few driver changes at the opening event of the 2019-2020 season, thanks to a new rule being introduced by the US PGA Tour.

While Xander Schauffele’s driver received some ‘unwanted’ publicity for not conforming before the British Open, meaning he had to use a different driver during the tournament, there were reports a few others were either close or outside the limit as well. 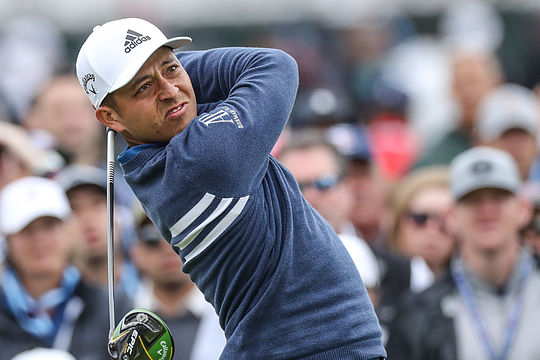 Certainly it alerted the Tour that it should be more aware of any discrepancies and from this week’s season-opening A Military Tribute at The Greenbrier and in early 2020 ahead of the Farmers Insurance Open, there will be a new club-testing program in place.

In a memo sent to players, the Tour specified that it would now test drivers pulled directly from players’ bags, as opposed to clubheads taken from on-site equipment trailers.

Obviously the Tour is concerned that some players’ drivers, over the course of a season, can creep their way beyond the Characteristic Time (CT) limit, which measures the spring-like effect of a clubface.

Testing will now take place at various, unannounced events during practice days before the start of play and over the course of the season all regular Tour players and equipment manufacturers can expect to be tested.

Once a player is selected, he will surrender his driver to a Tour official, who will then take it for testing.

Players won’t be told their actual CT numbers, but will instead be given their results in ‘stoplight fashion’.

GREEN: If the club is conforming and may be used in subsequent rounds.

YELLOW: If the club is conforming and may be used in subsequent rounds, but the result is within the USGA published tolerance. This means that during any subsequent testing there is a higher likelihood that the club, when tested, will exceed the limit plus tolerance. Continued usage of the club could further increase the likelihood that the club will exceed the limit plus tolerance.

RED: If the club is deemed to have been damaged into a non-conforming state and as such may not be used in subsequent rounds.