The ISPS Handa PGA Tour of Australasia and the DP World Tour (formerly known as the European Tour) have announced the recommencement of an existing strategic partnership that dates back to 2017.

The extension of the agreement between the two governing bodies will ensure Australian golfers are offered a solid pathway onto the world’s biggest tours. 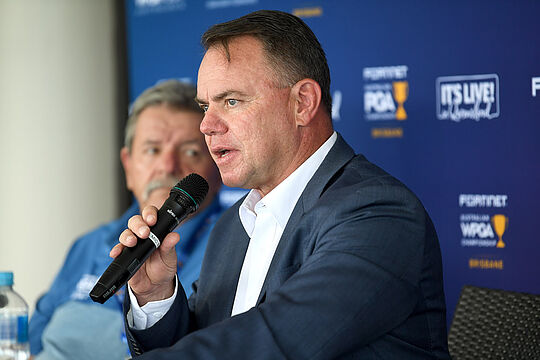 As part of the alignment, local tournaments will also see an increase in prize money including the doubling of the purse on offer at the Australian PGA Championship to $2 million – a record for the near-century old event which will form part of the DP World Tour schedule from the 2023 season.

Also on offer will be three DP World Tour cards and five invitations to any DP World-sponsored event in Asia along with the Hero Challenge and Indian Open.

And through last year’s strategic alliance between the DP World Tour and the PGA Tour, the top five Aussies on the Australasian PGA Tour Order Of Merit will get a spot in the final stage of the Korn Ferry Tour Q-School.

“Our Tour has a strong historical association with Australasia, and I’m delighted this extension to our Strategic Alliance with the ISPS Handa PGA Tour of Australasia will build upon that heritage,” said European Tour group CEO, Keith Pelley.

“Alongside our partnerships with the PGA Tour and the Sunshine Tour, this new agreement will continue to strengthen the ISPS Handa PGA Tour of Australasia…providing clearly defined routes for players from Australasia to compete on the biggest stage as well as playing opportunities for DP World Tour members,” added Pelley.

“We are excited to extend our relationship with the DP World Tour and provide a range of great benefits and opportunities for our members and fans,” said Gavin Kirkman, CEO of the PGA of Australia.

“Australasian players currently hold over 110 tour cards outside of our region and play an important role in the continued success of global golf tours. This partnership ensures these all-important development opportunities for players on the ISPS Handa PGA Tour of Australasia and means that Australasian golf fans can continue to support and cheer their homegrown players on the world stage.”

The DP World Tour will recommence its 2022 season at the Abu Dhabi HSBC Championship from January 20-23 while the Australasian PGA Tour will continue with the restart of its delayed Australian summer schedule at next week’s QLD PGA Championship.