They say Jack Nicklaus was always a master at using the rules to his advantage.

Nothing wrong with that and now it seems players have been taking advantage of the modern bunker liners that allegedly prevented them from taking firm footing in the sand to play a bunker shot. 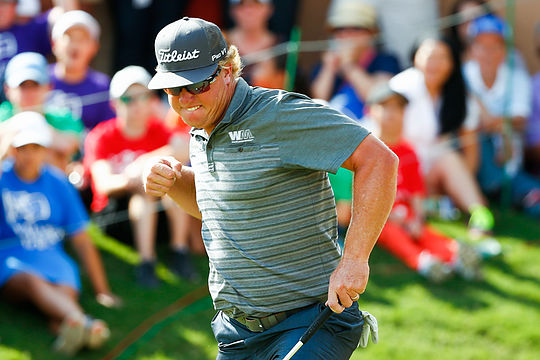 Of course it is purely coincidence that two notable examples of this occurring and players getting a free drop just happened to be when the two players had buried lies in the bunker as well and were staring down the face of dropping a shot in their efforts to get the ball back into play.

A bunker is a hazard, after all, although these days it doesn’t seem to bother the best players in the game at all when they are bunker-bound as they invariably get it up and down to save their pars.

So PGA Tour, at least, has moved to address the problem.

On the “hard card” rules sheet distributed to players at a recent event and at all future Tour stops in the US, the committee has instituted local rules that now permit a drop “only if a player’s swing path is impacted by a ‘rogue’ [bunker] liner.”

“The Rules Committee may deem an exposed liner as ground under repair.”

The two players who – gleefully – were able to get favourable rulings were American Charley Hoffman and South African Branden Grace.

Both players just happened to have awful lies and claimed, as was their right, that modern bunker liners were preventing them from gaining any footing.

Hoffman’s relief came at last season’s RBC Canadian Open with the golfer seen smiling after receiving relief from a fried egg that may have saved him a shot.