It’s taken five years to come to an agreement.

But Fijian star Vijay Singh’s law suit against the PGA Tour has finally been settled, according to a statement released by the Tour last week. 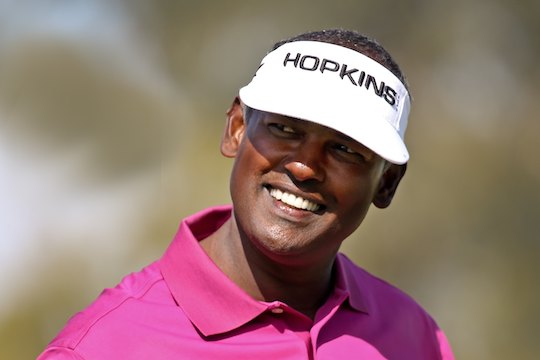 Singh’s lawsuit stemmed from his anti-doping suspension after he told an American sports magazine that he had taken deer-antler spray that was found to contain IGF-1 which was listed as a growth hormone and was part of the Tour’s list of banned substances.

Despite Singh’s suspension being rescinded, he filed a suit alleging the Tour recklessly administered and implemented its anti-doping program.

“The PGA Tour and Vijay Singh are pleased to announce that we have resolved our prior dispute,” the statement said.

“The settlement reflects our mutual commitment to look to the future as we put this matter behind us.”

“The PGA Tour recognises that Vijay is one of the hardest working golfers ever to play the game, and does not believe that he intended to gain an unfair advantage over his fellow competitors in this matter.”

“Vijay fully supports the PGA Tour’s anti-doping program and all efforts to protect the integrity of the game that he loves so much.”

The initial lawsuit, filed in the New York Supreme Court stated that “as a result of the PGA Tour’s action, Vijay Singh has been labelled by the PGA Tour, media, some fellow golfers and fans as someone who intentionally took a banned substance in an effort to gain a competitive advantage,” the initial lawsuit read.

Since then there has been five years of legal battles before both sides reached an agreement.

Vijay has had another winning year after playing 10 events on the main tour and 20 times on the Seniors Tour in 2018.

Neither the Tour nor Singh made any additional statements regarding the settlement.