The PGA Tour is putting together a package to assist players and caddies who have been struggling financially due to the shutdown of the tour schedule.

While players and their caddies at the top of the FedExCup rankings are shielded from much of the financial stress brought on by the pandemic, those who were just eking out a week-to-week living playing golf have been hit hard. 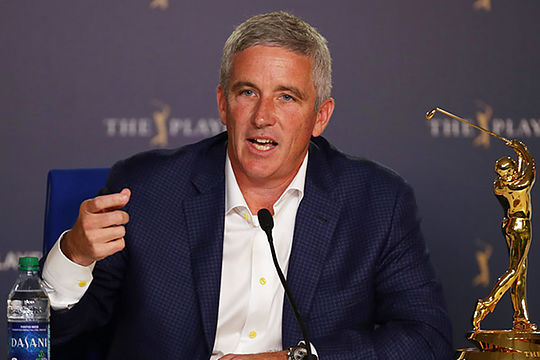 However, Golf Channel reports that the PGA Tour has now “outlined a number of programs to provide financial assistance to players, who are independent contractors and are compensated based entirely on their performance.”

“Playing opportunities equate to financial opportunities, and we are concerned about the toll that cancelled tournaments are having on some of our members,” said PGA Tour chief of operations, Tyler Dennis, in a memo sent to Tour members late last week.

“The level of uncertainty surrounding the coronavirus pandemic has led us to work on alternative schedules in case there are additional cancellations or postponements.”

US tax laws prevent the PGA Tour from just handing out money to players, so the workaround at this stage is to provide up-front payments based on the player’s projected future earnings.

They can request to receive up to US$100,000 now with the view that that money will then be payed back to the PGA Tour from any season-ending bonuses the player earns via the FedExCup Series.

Caddies will be allowed to make requests for financial assistance through the Caddie Benevolent Fund.

At this stage there is no word on help for those on the secondary Korn Ferry Tour, who perhaps are most in need of help given their lower earning capacity.

The PGA Tour is slated to restart on May 21st at the Charles Schwab Challenge in Texas, however, that seems highly unlikely at this point in time.