It’s as certain as the yardage the best caddy on tour would give his player to the pin.

And like a lot of technology in the world these days, you can only scratch your head and wonder how we coped without it. 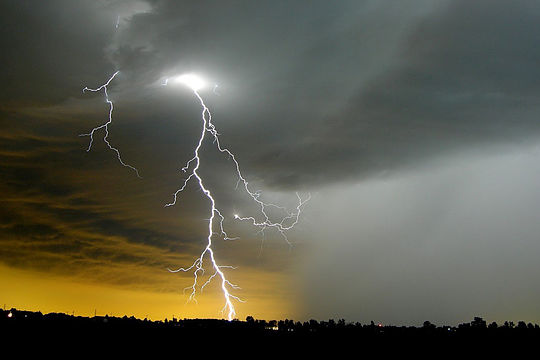 I’m referring to the weather gurus that know when to get the best players in the world off the course and even more importantly, know when it’s safe to send them back out there to battle the elements.

Players, at least the professionals, rarely, if ever, get struck by lightning these days.

That’s because, thanks to today’s technology, they are warned when it’s coming and officials get them out of there before anyone can get hurt.

They say there are fewer sports more dependent on the weather than golf.

That’s because, at your average tournament, players are out there from daylight til dark…and occasionally beyond that too.

Every Tuesday of tournament week in the US, there’s a meeting attended by rules staff, an on-site meteorologist, media officials, tournament director and operations personnel.

While it’s part introduction – here’s who to call for different things – the meteorologist gives an overview of the weather.

“The rules officials who are going to set up the golf course, obviously are more zeroed in on what the weather impact’s going to be,” says meteorologist Stewart Williams.

“That’s when you start looking at OK, what’s going to be our wettest day? If we’re going to have a lot of rain one day, what day is that?”

According to PGA Tour vice-president of rules and competitions Mark Russell, that information is crucial.

“We’ll talk with the superintendent and his staff and find out which greens are more susceptible to puddling and we want to make sure that we keep the hole in a position where we’re going to be able to play golf if we can,” he says.

“We call that our high-and-dry set up.”

The direction of the wind, as well as its velocity, also plays a part in the way the rules staff decides to position the tees.

If a hole is playing into a strong wind, the tees might be moved up.

Or, if a tailwind makes a hole too short, it might be played all the way back.

Yes, even crosswinds are taken into account – if there’s a left-to-right wind blowing across a green situated by a lake, then don’t look for the hole to be too far to the right side.

Makes you wonder how they did it all those years ago before all the equipment they now use even existed.