The success of the PGA’s International Golf Institute on the Gold Coast meant a Sydney “campus” was always on the cards.

So it was welcome news for so many young people hoping to forge a career in the golf industry when it was announced the PGA’s external education arm would further extend its domestic reach and international reputation by opening a new campus, in partnership with the International College of Management – Sydney. 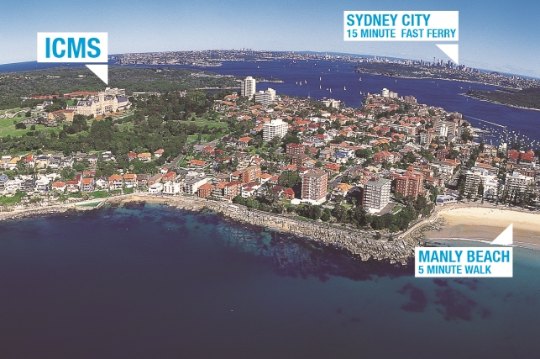 According to general manager of member services with the PGA, Gavin Kirkman, it’s perfect for so many Sydney-based young people and those from south of Australia’s biggest city as the PGA IGI strives to ‘change the game from the inside out’.

“That trend is set to continue as our external education arm grows with the announcement of its new partnership and new campus in Sydney,” Kirkman said.

“Much hard work has been done through the PGA’s education programs so far but, we are looking to the future and the goal is to train the next generation for the challenges that lie ahead.”

The location of the new campus via the partnership opens up the southern states to potential students and affords them more options and sites to choose from.

“We now provide a Gold Coast and Sydney campus to complement our education pathway into higher education and potentially the PGA”, says Dean and Executive Officer of the PGA IGI, Dominic O’Brien.

Based in Manly, the International College of Management -Sydney (ICMS) was established in 1996 as a specialised College of Higher education.

In recent years, ICMS has become a global leader in management education, using applied learning to prepare graduates to be leaders in their industries.

The model of delivery will remain the same with the PGA IGI providing its world-class Diploma of Golf Management across the first year and via the articulation agreement ICMS will deliver its suite of degree options from its Manly campus.