We already knew that golf has enjoyed a major resurgence during COVID. But new research revealed by the R&A points towards that growth beginning earlier than expected.

The new figures show a worldwide surge of 5.5 million golfers over the past five years taking the total number of participants to 66.6 million and eclipsing the previous high of 61.6 million set in 2012. 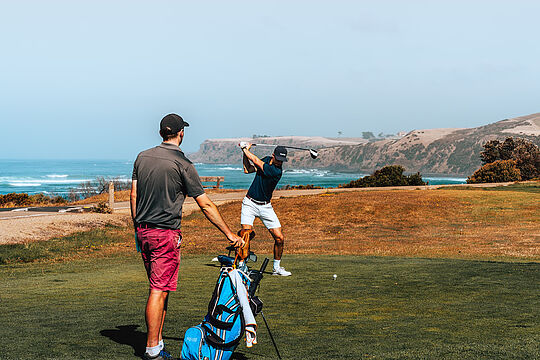 “Golf is enjoying a real boom in popularity at the moment and we are seeing substantial increases in participation in many parts of the world, particularly in the last two years when the sport could be played safely outdoors during the COVID-19 pandemic,” said Phil Anderton, Chief Development Officer at The R&A.

“The new figures are very encouraging but we need to work together as a sport to make the most of this opportunity by retaining those people who have returned to golf or tried it for the first time.”

Europe leads the way with an increase of 2.7 million for a total of 10.6 million golfers. However most of that growth came via Great Britain and Ireland with a jump of 2.1 million.

Asia also showed a marked increase in participation, gaining 2.4 million golfers for a total of 23.3 million. And while that looks like an impressive number, the region has a total population somewhere north of 4 billion people so the possibilities for growth in that area are endless.

Last on the list is North America, which already leads the way in terms of participation so it comes as no surprise that the golf-mad region only saw an addition 700,000 players added to their tally for a total of 30.6m.

To put that in perspective, if Asia was able to achieve similar participation rates versus population as North America, it would amount to over 250 million golfers alone in that region. Of course in many areas of Asia, people just don’t have access to the facilities or means they would need to play the game but even a participation rate of 15% would surpass the US and Canada.

Maybe Greg Norman and his Saudi friends are on the right track shovelling money into the Asian Tour after all.