Olazábal is one of the world’s most successful and popular golfers, winning 30 professional tournaments during his career, including the Masters in 1994 and 1999. He was admitted to the World Golf Hall of Fame in 2009. 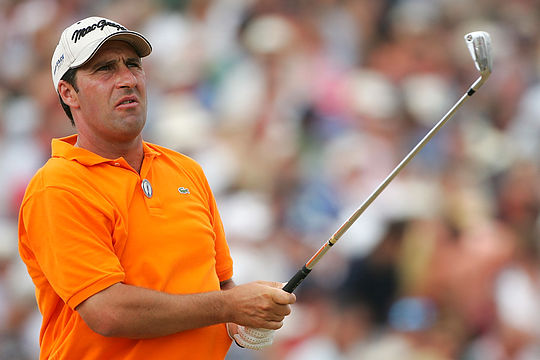 “I am thrilled and extremely proud to become an Honorary Member of The Royal and Ancient Golf Club of St Andrews,” said Olazábal.

“Winning The R&A’s amateur championships and the Silver Medal in The Open were huge achievements for me and gave me a tremendous boost in the early stages of my career. It is a privilege to follow in the footsteps of so many of golf’s great champions in becoming part of the Club’s celebrated history.”

Joining the professional ranks in 1986, he finished second behind close friend Severiano Ballesteros in the European Tour Order of Merit, and repeated the feat three years later. He went on to win 23 tournaments on the European Tour. He would also win on the PGA Tour six times and twice on the Japan Golf Tour.

Olazábal secured his first Major Championship in 1994 after winning the Masters with a nine-under-par total, two strokes ahead of American Tom Lehman. In doing so, he became the only winner of The Amateur Championship in the post-war era to win a Major Championship, a record that still stands. Five years later, he won his second Masters title.

Between 1987 and 2006, Olazábal made seven appearances for Europe in the Ryder Cup, winning on three occasions. He went on to captain Europe in the ‘Miracle of Medinah’ match in 2012 when the team, facing a 10 – 6 deficit on the final day, rallied in the singles matches to win 14½ – 13½ against the United States.

During a notable amateur career, Bridget Jackson played in the Curtis Cup for Great Britain and Ireland on three occasions and was selected as an England international nine times.