It’s been a man’s world – for 260 years. Now the Royal and Ancient Golf Club, St Andrews is gearing up welcome women into their fold.

The exclusive R&A Golf Club will vote in September on whether or not women can be allowed to join the club. 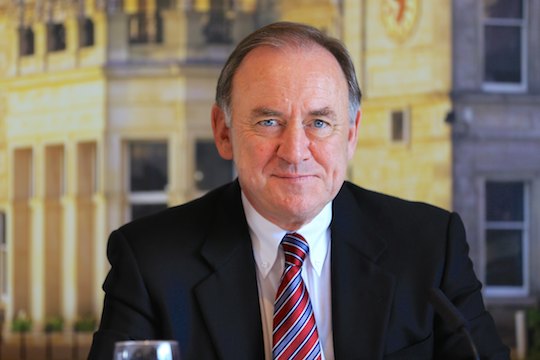 Long-serving R&A secretary Peter Dawson described it as an exciting day for the club.

“There will be quite a bit of internal discussion between now and the September vote,” Dawson said.

“It’s a matter for the members to determine but all the indications are very supportive.”

Dawson pointed out that the vote would have no bearing on whether the British Open was played on links courses such as Muirfield, Royal Troon and Royal St George’s that still excluded women as members.

“I don’t want you to think there’s any connection between this vote and these issues,” said Dawson.

“What other clubs choose to do in the UK is not connected to this.”

“To be honest, we’re not here to put pressure on other clubs that have supported The Open Championship and other R&A championships.”

Still things do look positive for admitting women to the hallowed walls of the Royal and Ancient.

A statement from the club said all their committees were “strongly in favour of the rule change” and asked members to go along.

The move has already been hailed by British Sports Minister Helen Grant, who was hoping a favourable vote would encourage other single-sex golf clubs to follow suit.

The Royal & Ancient Golf Club of St. Andrews has about 2,400 members from around the world and dates to 1754.

“The feeling is as society changes, as sport changes, as golf changes, it’s something the R&A needs to do, and is doing now as being forward-looking as we can,” said Dawson.