Fred Ridley has been named as the seventh Chairman of Augusta National Golf Club and the Masters Tournament.

“Throughout my life, Bobby Jones has been my idol and role model. I remember meeting Clifford Roberts during my first visit to Augusta National as an amateur invitee more than four decades ago.” 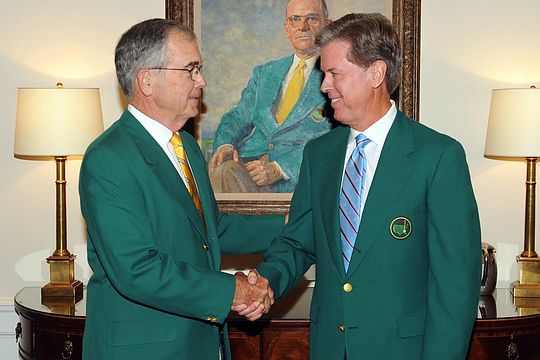 “So to become Chairman of Augusta National and the Masters is beyond humbling. I stand ready to embrace the responsibilities that come with this important position, strengthened by the lessons the sport teaches and the example of those who have provided leadership to me over the years.”

“As Chairman, I will always look to Jones and Roberts as a source of wisdom and inspiration. I fully subscribe to their mandate of constant improvement and their commitment to maintaining the highest standard in all that we do.”

“I would like to thank Billy Payne, our esteemed Chairman Emeritus, who appointed me as his successor. His confidence in allowing me this honour has already had a profound impact on my life. I am grateful to consider him a friend and mentor, both personally and professionally.”

Ridley is now just the seventh Chairman in the Club’s 85-year history. He became a member in 2000 and began serving as Chairman of the Tournament’s Competition Committees in 2007.

Uniquely, he is the only Chairman to have ever competed in the Masters, having been invited three times during his impressive amateur career. He qualified in 1976 and 1977 by virtue of his victory at the 1975 US Amateur Championship and played again in 1978 as a member of the 1977 Walker Cup Team.

Ridley competed in numerous national and international championships, including 10 US Amateurs. He was a member of the 1976 US Amateur World Team and was the captain of the 1987 and 1989 US Walker Cup Teams and the 2010 US World Amateur Team. He remains the last US Amateur champion never to have turned professional.

He served on the USGA Executive Committee from 1994-2005 and was elected as the 58th president of the USGA for 2004-05. During those two years, he was co-chair of the World Amateur Golf Council (now the International Golf Federation).

In 2006, he was the recipient of the PGA of America’s Distinguished Service Award.