If you have never heard of Gil Hanse, watch the return of golf to the Olympic Games this month and you’ll hear his name mentioned on more than one occasion.

You see Hanse, or rather his design team, Hanse Golf Course Design has won the right to give one of Sydney’s highest-profile golf course a major re-design. 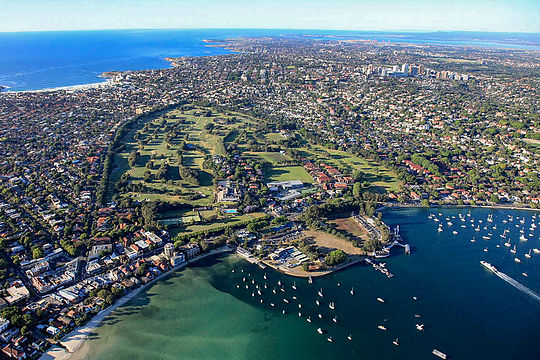 And if you want to see a sample of his work, well, it was Hanse that designed the course where the Olympic golf will be played in Rio.

Now Royal Sydney Golf Club, which will host this year’s Australian Open, has signed up Hanse to give them a facelift they feel is needed to keep the course’s high rating when it comes to Australia’s best.

Hanse did come with some stunning credentials: he designed the marvellous Castle Stuart golf course in Scotland which hosted the recent Scottish Open near Inverness in Scotland.

His name has also gone alongside changes to the Trump Doral Resort courses as well as restoration work at iconic layouts like Merion, Winged Foot and Palmetto in the US.

None of the changes will take place until Royal Sydney hosts Australia’s No 1 tournament from November 17-20 with much of the improvements expected to take place in the first half of 2017.

While Hanse will struggle to improve the Rose Bay layout’s famous finishing hole, the dogleg par-four 18th, there is no question some of the other holes have lost some of their lustre over the years.

Many have also suggested how to improve the short par-four first, driveable for the biggest hitters, but nonetheless, still regarded by many as one of the more memorable holes on the layout.

While ‘RS’ has slipped in the rankings of Australia’s best layouts in recent years, Hanse’s aim will be to get it back into the top echelon of courses, despite some startling opposition from all corners of Australia and even remote King Island in more recent years.

American designers are obviously the flavour of the month in Australia at the moment: Tom Doak was also recently appointed to oversee improvements to another of Sydney’s highest-profile course, Concord, which has also hosted many major Australian events over the years.