Saving the culture of the clubhouse

A drink after the round, a sausage roll with sauce and a yarn with a bloke who used to be a department store Santa Claus.

Stop right there. Finish your Saturday round and go home. Just go. 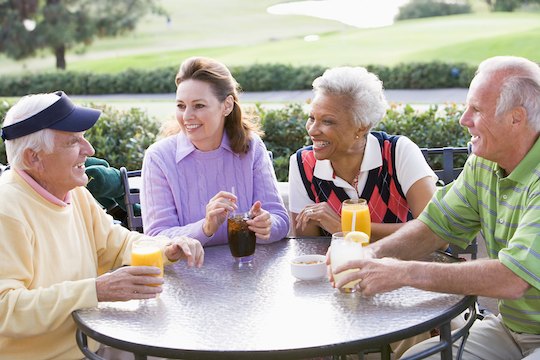 Saving the culture of the clubhouse

Fewer and fewer people are coming together after a round to learn about their fellow man. You may argue that four hours, (six for club championship rounds) on a golf course, is more than enough time to decide whether or not you like your playing partners and to a large degree, you would be right.

However, golf is an individual sport and apart from the odd foursomes, fourball medley and ambrose, there isn’t much room left for camaraderie. There is a stronger sense of camaraderie amongst older members, I’ll concede that, but as for the young whippersnappers that tear up the course in even par and then head home, I feel they are missing out on something an even par round will never provide.

Golf requires a level head in order to excel at it, thus, your playing partner’s true personality may not be on show during a round.

If they’re a good golfer, it’s likely they have mastered the flamboyant aspects of their personality… at least while they’re playing golf. Yes, golf reveals a lot about people – how they react to a poor shot, how they react to success, how they act when there’s tumbleweeds rolling across their scorecards – but until you’ve shared a drink, met them in the clubhouse and got off the topic of golf for five seconds, can you truly say you know the person?

With fewer people enjoying their club’s facilities and the company of one another away from the distraction of 18 holes, the question is posed: what can we do to encourage people to start having a chat after a round again? Some clubs have loosened the long-standing requirement for dress shoes to be worn in the clubhouse. Apart from this, there really doesn’t seem to be a lot being done when it comes to trying to lure people to socialise after a round.

Allowing soft spikes onto the precious floorboards was a huge step in the right direction, but there’s not much more to be gained from relaxing dress standards any further.

It doesn’t matter if you allow wife beaters, thongs and a tattoo of the Southern Cross into the clubhouse, that won’t influence the number of people coming in for a drink and a bite to eat after a round.

However, perhaps if members were offered a discount on their post-round food and drinks, on the condition of having played in the competition of the day, this might be one way clubs can start rebuilding and reinforcing unity, camaraderie and respect for your fellow man and woman. Put people together and they will learn to get along. We do it on the golf course, we sure as hell can do it in the clubhouse.

I was always one of the people who used to head home after a round. I always had ‘other’ things to do and didn’t mind saving however much they were charging for an orange juice.

This sort of attitude doesn’t do you any favours. Sure, after a round you feel like going home – you’re tired, the Maltese Cross needs walking and then there’s the ongoing issues with the garden hose – but every time I’ve felt like this and in spite of it, decided to sit in the clubhouse with my playing partners after a round, it’s been terrific.

I’ve really enjoyed their company and nearly always learnt something interesting about them 20 minutes later.

More importantly, the next time we play, I’ll see through their level headed or grumpy boots golfing exterior and see the person I’m really talking to, an ex-department store Santa Claus.