I am writing to introduce myself to Australian golf clubs and golfers as the new Chairman of Golf Australia and to provide an update on progress to implement changes to the new Golf Australia Handicap System.

It has been apparent to the Board of Golf Australia since late last year that the wholesale adoption of the USGA Handicap System in its entirety would not be in the best interests of Australian golf. 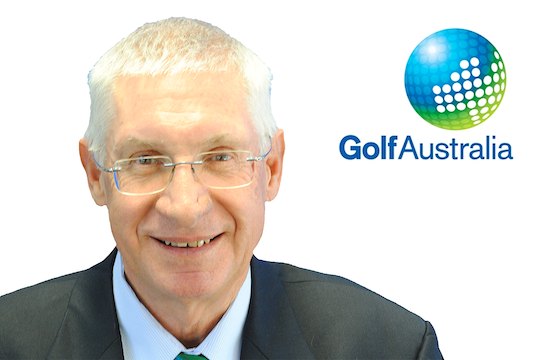 Accordingly, we commissioned a very experienced statistician to analyse the impact of the changes to the handicap system made in April last year. This analysis showed that the new system had overcorrected the previous heavy bias in favour of low markers to a significant bias in favour of the higher marker.

In February of this year the Board adopted a draft set of first principles (subsequently endorsed with some slight modifications by each Member Association) that should govern a handicap system.

During March, a series of discussion groups and forums was held with Clubs and Member Associations. This was done in conjunction with a visit from a senior USGA official to provide background for us and him to understand the Australian golf club and competition culture.

At the conclusion of the visit it was conceded that the complete USGA system was not adequate to deal with large field nett events.

It was then agreed to analyse every competition over the past three years from 15 different and diverse clubs across the country.

The clubs trialled a range of different variations to the current 10 out of 20 sample method, with the aim of finding a method which would satisfy an overriding principle of “affording each player in a competition field a reasonable expectation of winning or placing well if that player plays reasonably better than their handicap”.

After an exhaustive analysis, we believe we have now arrived at an appropriate method for adoption. We have subsequently tested that method at a number of other clubs and the proposed changes stood up.

The Board believes that the proposed changes will please the Australian golf community and we will soon start to see a handicap system more closely aligned to the way we play our golf.

I can now announce the following four priority amendments to the Golf Australia Handicap System:

Related assistance for club administrators will be provided in the lead up to September 19, this will include tailored advice on gaining access to GOLF Link when the system is back on-line on September

I can also confirm that the following will NOT be a part of the new system:

More detailed information and regular updates are provided on www.golfaustralia.org.au.

In the meantime we continue to re-rate all of our courses. This invaluable task is being performed by many volunteers across the country and will be completed by the end of this year.

Many clubs already have their upgraded scratch ratings in place. This process is also readying us for the final introduction of Slope Indexing. Later this year we will provide details of the final additions to the handicap system.

I look forward to working with the Board and staff to do what we can to improve the experience of all Australian golfers.