Triple major winning Vijay Singh has filed a lawsuit against the PGA Tour over the handling of allegations the Fijian using deer-antler spray.

The 18-page law suit was filed by Singh’s attorney, Peter R. Ginsberg, in the Supreme Court of the State of New York. 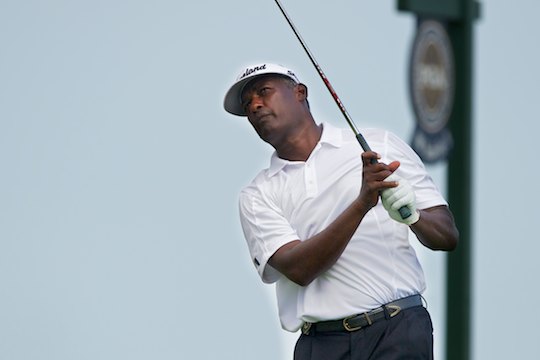 It’s a major move on Singh’s part in seeking reclaim his reputation and hold the PGA Tour responsible for its unwarranted effort to suspend Singh for his use of deer antler spray.

Singh is charging the PGA Tour with violating its duty of care and good faith. As the PGA Tour could have known by conducting some basic testing and research, the product that Singh sprayed contained no active biological ingredient and could not possibly have provided any performance enhancement.

The nature of the lawsuit states:

“Singh seeks damages for the PGA TOUR’s reckless administration and implementation of its Anti-Doping Program. After exposing Singh, one of the PGA TOUR’s most respected and hardest working golfers, to public humiliation and ridicule for months, and forcing Singh to perform the type of scientific analyses and review that the PGA TOUR was responsible for performing, the PGA TOUR finally admitted that the grounds on which it sought to impose discipline were specious and unsupportable.”

The PGA Tour admitted recently the use of deer antler spray is not prohibited. Rather than performing its duties to golfers first, and then determining whether there had been any violation of the Anti-Doping Program, observers declare the PGA Tour rushed to judgment and accused one of the world’s hardest working and most dedicated golfers of violating the rules of the game.

“I am proud of my achievements, my work ethic, and the way I live my life. The PGA Tour not only treated me unfairly, but displayed a lack of professionalism that should concern every professional golfer and fan of the game,” said Singh.

Singh had admitted using the spray in an article in a US magazine and was immediately sanctioned by the PGA Tour, but last week in a news conference at the Wells Fargo Championship, Commissioner Tim Finchem indicated Singh would not be suspended.