If you’re not too worried by blood pressure and probably increasing your heart rate then we’ve got some good news for you.

And if you’re OK about putting up with headaches, insomnia, tremors, anxiety, dependency, withdrawal and even occasional gastrointestinal distress, then we can definitely improve your golf game. 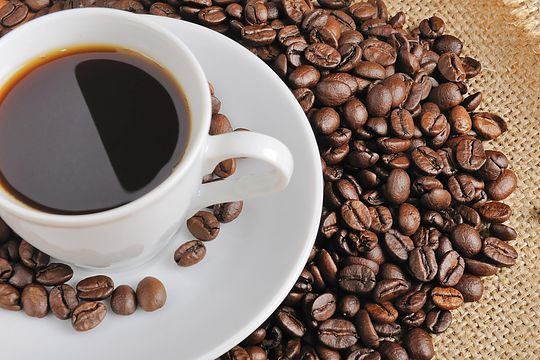 All it takes is a strong cup of coffee – or two.

Yes, an American study has revealed that a “hit” of caffeine may actually knock a shot or two off your golf score.

According to a recent report taken on some collegiate golfers at a university in Alabama , US, a moderate dose of caffeine may help combat fatigue and actually helped shave up to two strokes off the scores of skilled collegiate players.

Professional golfers may walk up to five miles over four hours for a round of golf, which is physical activity, though not intense exercise, said senior author Dr. Kaelin C. Young.

The researchers studied 12 male golfers with a handicap of three to 18 as they played an 18-hole round of golf on two consecutive days for a 36-hole tournament.

The golfers were already used to consuming caffeine in their daily lives.

On each day of golf, the participants were told to avoid any other sources of caffeine and to eat a meal two hours prior to play. On arrival they provided a urine sample and were fitted with a device to monitor their health throughout the day.

For each round of golf, the players in the caffeine group had an average score of almost 77 strokes compared to more than 79 for the placebo group, as reported in Medicine and Science in Sports and Exercise.

Men in the caffeine group also reported more energy and less fatigue on their questionnaires.

In an accuracy assessment, the researchers found that players in the caffeine group tended to get more balls on the green and had less distance remaining to the hole than the placebo group.

Was that one sugar? Or two?