It’s a trend that is locking up the future of golf courses in major metropolitan areas. Give up some space – and plan for the future.

A couple of major Sydney clubs have gone down that path and Strathfield is the latest to join the party, securing its future by selling more than 20,000 square metres of land for a reported $52.5m. 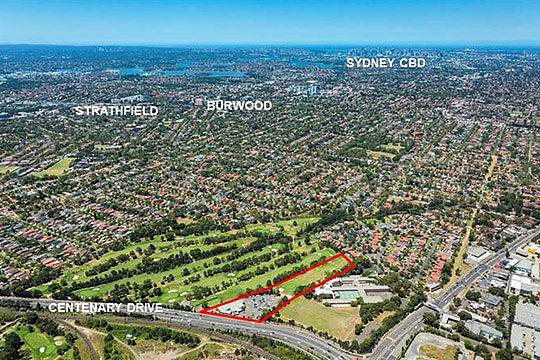 Chatswood-based course architect Jim Wilcher, already responsible for major refurbishments at several Sydney courses, has been given the task of preparing a new master plan for the golf course layout, long regarded as one of Sydney’s top-notch clubs.

Strathfield Golf Club’s general manager, Neil Hardy, explained that the Brisbane-based Metro property development’s bid for the site far surpassed the initial estimated value of about $34m for the site.

“Hopefully we can have our new clubhouse built within the next couple of years and still have some $30 million left over for investments,” Hardy said.

“The sale of the land will secure the club’s financial future and will put us in a better economic position than many other clubs are experiencing today.”

Like many clubs in the metropolitan area, Strathfield has struggled to overcome increasing operational costs along with waning membership numbers.

Strathfield’s latest board decided the way forward was to sell part of the land and relocate the clubhouse and practice fairway area to sew up their future.

That included changing the layout of the course to better utilise their lands and build a more modern clubhouse.

“It’s a great feeling of satisfaction for both the club and our members to have seen this deal through and to have been able to stay alive and still trade during the four years of negotiations,” Hardy said.