It’s regarded as one of Sydney’s premier layouts and now the highly-rated Concord golf course, which has hosted a string of major Australian championship events, is ready to undergo a radical facelift.

High-profile course architect Tom Doak and his team from the Renaissance Golf Design company have been commissioned to modernise and upgrade the 18-hole Concord layout. 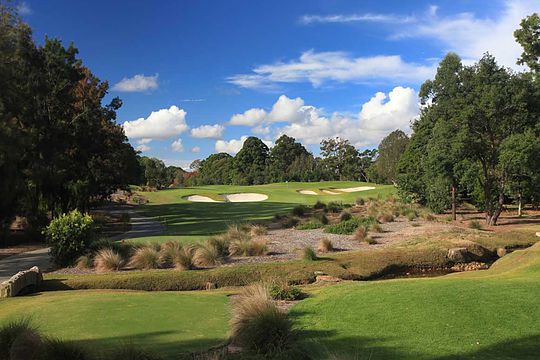 Concord’s members have voted overwhelmingly in favour of the proposal to change the 18-hole Dan Soutar-designed layout which has hosted 10 NSW Opens, three Australian PGAs, an Australian Women’s Open and an ANZ Championship in its 117 years.

Doak has his signature on some of the world’s greatest layouts, including Barnbougle Dunes in Tasmania, Cape Kidnappers in New Zealand and US gems such as Pacific Dunes in Oregon and Ballyneal in Colorado.

Certainly Concord will be the first major redesign project Doak and his team have “tackled” in New South Wales.

The work should begin in September 2017 with a proposed completion date of March 2018.

According to Concord Golf Club’s course committee chairman Ross Haron: “Given their worldwide success in creating strategically-designed courses that are both challenging for the better player yet create options for the average golfer, we believe that Tom Doak and his Renaissance Golf Design team will significantly improve Concord for our members and provide the club with a key point of difference in the Sydney golf club marketplace.”

It is believed the upgrade works will be led by Renaissance’s senior design associate Brian Slawnik while Doak himself will oversee the shaping of all 18 greens at critical times during the construction process.

Concord has long figured in the top-rated courses in New South Wales in the biannual rankings, no doubt club members will be hoping this can edge it closer to the top of that tree.