US PGA Tour is coming to Australia in 2017

The multi-million-dollar US PGA Tour is coming to Australia.

Sadly though, it is not to play a tournament; rather the Tour has decided to open an office in Melbourne next year to help with its operations in and around Asia. 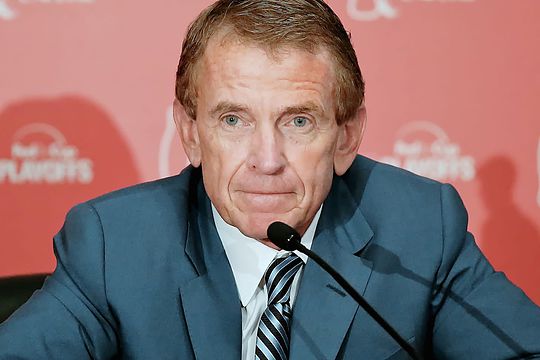 While the Tour, through retiring commissioner Tim Finchem, will not confirm any interest in actually playing an event Down Under, it will certainly help them shore up some of their Asian sponsorships.

Surprisingly, it is not actually dollars but the already-crowded schedule that the Tour operates under that is probably the primary stumbling block.

“You have to make that happen,” Finchem said of the huge prizemoney US PGA Tour events command.

“But really it’s a scheduling issue in terms of we are basically wall to wall.”

Here for the World Cup last week, won by Denmark, Finchem completely understood the yearning that Australian fans had to see more of the world’s best players plying their trade on our shores.

Certainly it is creeping closer as Finchem pointed out the US Tour now played events in China, Malaysia and next year was heading for South Korea as well.

Having said that Finchem was more than impressed with Kingston Heath, the course many rate as Australia’s best, which suitably hosted the World Cup competitors…even though he could not see a US Tour event being played there any time soon.

“We certainly aren’t saying we will not play co-sanctioned events or some kind of event here [in the future],” said Finchem.

“We’re always open to looking at everything.

“It’s just that I think that in the immediate future I think it would be tough.”