He is considered one of the best coaches in the USA and 52-year-old New Orleans native Brian Manzella is heading to Australia to spread the same teaching philosophy that helped David Toms return to competitive golf in 2011 and in the process move up 80 places in the world rankings, finishing second at the Players’, and winning at the Colonial.

Sydney will be Manzella’s first port of call with a one day session on 20 March at Moore Park Golf Club, followed by a one day Masterclass on the 21st and private lessons on the weekend of 22nd March, 2014. 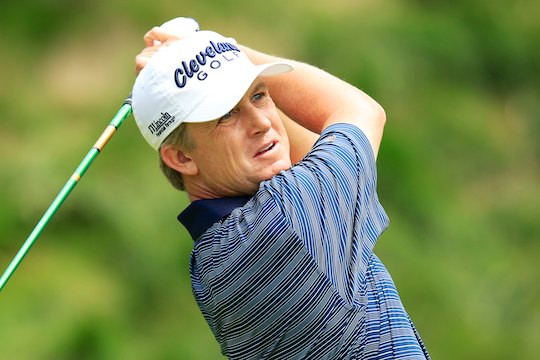 In 1987 he began a long tutelage under world-renowned instructor Ben Doyle, and in 1988 began a long teacher-student relationship with PGA Champion David Toms who he continues to work with to this day.

“The golf club has no idea who is swinging it and it only responds to the forces and torques that act upon it. Secondly, the club and about 5 or so inches of the bottom end of the shaft that contacts the ball is all the golf ball responds to.”

According to Manzella, inherent traits of the person also play a pivotal factor to the moulding of a swing.

“The physiological and psychological makeup of the golfer is of the utmost importance in the development and implementation of the direction that the teacher gives the student at any time before, during or after the lesson,” he says.

An avid TrackMan user, Manzella has produced several videos on the real world application of the “new ball flight laws” that the D-Plane has brought to light.