It’s all about skill – not technology – and thankfully, the USGA and R&A agree on that point…and they’re working on keeping it that way too.

A joint study on distance has just been completed with the two parent golf bodies now compiling their findings. 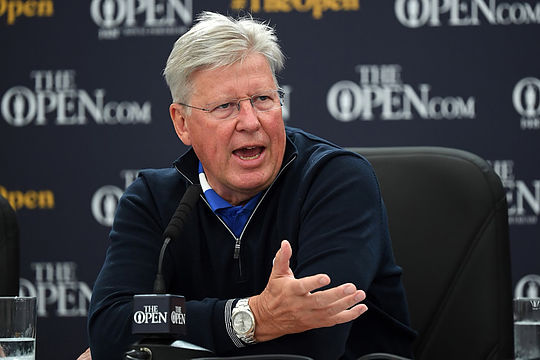 It’s just that they’re not prepared to share those results just yet.

According to chief executive of the R&A, Martin Slumbers, we can expect to see the results of their findings in October or November this year.

“We’ll be publishing the output of that research soon after the championship season finishes and we’ll work from that point,” he said.

“Golf should be a game of skill. It should not be a technology-driven game.”

“And where that balance is depends on how good you are. That’s still my gut view…and the data will guide us.”

Slumbers did suggest that feedback has been focused less on distance and more on whether technology had gone too far in negating the importance of some shots and abilities.

“There is a definitely a feeling going though that skill matters, they want the game to be a game of skill,” he said.

“The purpose of the Rules is to protect golf’s best traditions, to prevent an over-reliance on technological advances rather than skill, and to ensure that skill is the dominant element of success throughout the game.”

Officials also used the opportunity at last week’s British Open to test out the drivers being used by some of the world’s best players.

Even Tiger Woods’ driver was among those randomly tested.

“It’s important that we work closely with players and manufacturers to make sure the equipment rules are in line,” Slumbers said.

Certainly that keeps golf’s leading bodies in line with their 2002 statement of principles which warned that any erosion in the skill factor might lead to regulatory crackdowns.