While there was some faint hope that the council might wind back its grand plans, that deadline has now passed and the Victoria Park Golf Course in Brisbane’s CBD has played its last round.

The council-owned course, which was celebrating its 90th anniversary this year, will be turned into a 64-hectare multi-use park in what will be the biggest new green area in Brisbane in the past 50 years.

Work on the site has already begun with council filling in more than thirty bunkers, removing fencing, fixing pathways, planting and improving access to the busway stations.

“Opening the park to the public is a major step in our plan to deliver a once-in-a generation project which will restore the park to its former glory and reconnect visitors with local history, culture and nature,” said Brisbane’s Lord Mayor Adrian Schrinner. 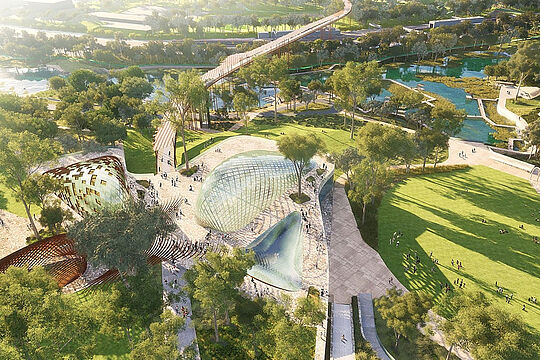 “Brisbane residents have helped shape what all 64 hectares of parkland will look like and we’re in investing $83 million over four years to start to bring this vision to life, which will eventually see waterholes and wetlands, nature playgrounds, an adventure valley and so much more.”

The master plan will be offered for community consultation in the second half of 2021.