Real estate ‘vultures’ are circling in Victoria…and some of Melbourne’s less-financial golf clubs could well be their intended targets.

Why? Because they’re on prime land which developers would simply relish getting their hands on. 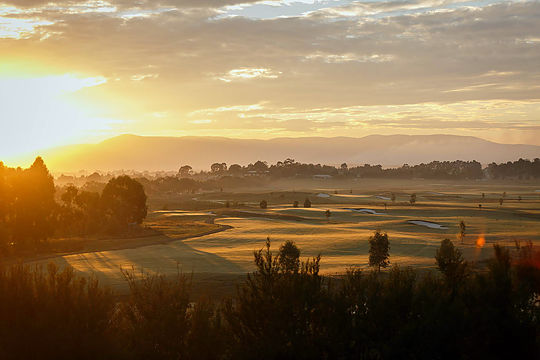 A trend is slowly developing – which should probably ring alarm bells for the entire golf industry.

Golf clubs in Melbourne – Australia’s self-appointed golf ‘mecca’ are merging, relocating or, worse still, closing and in some cases it is definitely so that residential development can proceed.

Sure, the sport still ranks among our most popular and is reportedly played by more than 300,000 Victorians.

Yet that has not prevented decreasing memberships as time-poor business people decide they cannot afford golf club membership to play once a week.

A report released last week, produced by a golf task force and chaired by Royal Melbourne GC member Richard Allen, who runs a financial public relations firm has suggested that participation rates in golf are pretty stable, although many clubs are struggling.

The report revealed that golf clubs just within Melbourne’s urban growth boundary or just outside were particularly vulnerable to redevelopment for housing.

“Property developers are circling prime land, and clubs struggling for money are looking for a solution,” said Allen.

“Young people are thinking ‘Why would I belong to a club when I could spend the money and play at 20 great courses around Melbourne’?”

The report also revealed that just three per cent of golf club memberships were juniors, and a mere 20 per cent were females.

“People have so many things in their lives; four hours on a golf course, they just can’t make it work,” Allen said.

The highest profile club to shut, sell its land to developers and move outside the city to build a new course is The Eastern Golf Club (pictured).

At one stage boasting 1000 members, the Doncaster course saw membership dip as low as 650 in 2008 before eventually selling out to Mirvac which has been building hundreds of homes on the Doncaster Hill land.

The Eastern moved to a new course designed by Greg Norman in the Yarra Valley and now has 1100 members and a waiting list of more than 250 golfers.

There are 23 golf courses abutting or just outside the city’s urban growth boundary being eyed by residential developers for rezoning.

Already eight former golf courses in metropolitan Melbourne are being redeveloped for homes.