Warragul Country Club in Victoria has announced a $12 million redevelopment of its clubhouse facilities. 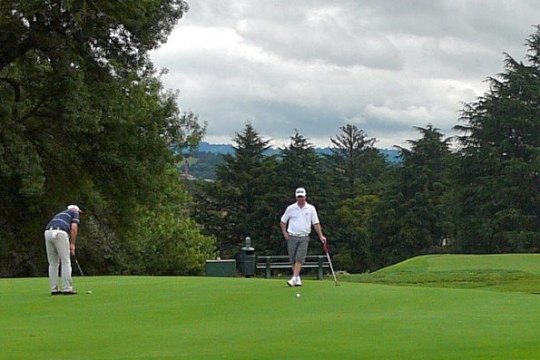 The works will see the size of the clubhouse doubled and will include two function rooms for conferences and weddings.

A 24-room four star motel will also be included in the redevelopment, benefiting local businesses, the local show grounds and visiting golfers.

The expansion of the clubhouse will accommodate vastly increased numbers of patrons.

The seated bistro’s current capacity of 100 will grow to 250, bar seating from 100 to 250 and the outdoor Alfresco area facing the golf course, which currently caters for 50 people will be capable of holding 150.

Completion of the redevelopment is scheduled for February 2013. Warragul Country Club’s General Manager, Michael Smairl, said plans for the redevelopment have been three years in the making and that the current clubhouse needs to be expanded to meet demand.

“The clubhouse is currently operating at above capacity,” Smairl said.

“We have the busiest restaurant in town with over 1200 meals per week and the current bistro and function room is constantly booked out.”

Smairl said the Country Club’s members are very supportive of the redevelopment.

“Members are very excited and can see the need for expansion with the success of the current clubhouse facilities.

“At a meeting with members to present the re-development, the Board received over 95 per cent support from members”

Smairl said hundreds of thousands of dollars have been invested in the course itself over the past few years and that the positive impact of the clubhouse redevelopment will flow onto the course.

“We have spent many hundreds of thousands of dollars over the past few years to get our course to its current standard.”

“Increased income will support future golf course improvements on a course that is already the best in West Gippsland.”

“We will continue to invest in the course, with further tee, green and bunker changes planned.”

Smairl said the Country Club’s redevelopment will further improve its position as a leading club in the region.

“Better facilities will further improve the attraction to new members and green fee players, with a great course and great facilities to relax after golf.

“After the re-development, we will have one of the best clubhouse, function and motel facilities of any golf club in Country Victoria.”