She cut her teeth playing golf there as an amateur. 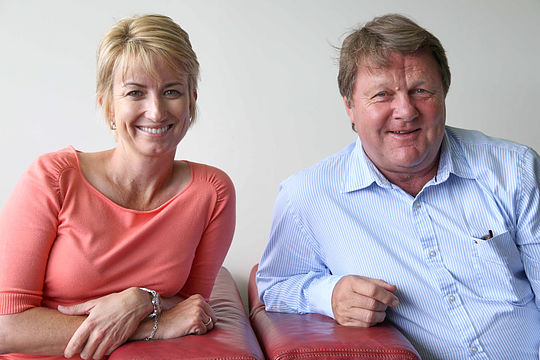 It didn’t take long for them to make their mark with Perrett Webb Pty Ltd signed up as Indooroopilly’s new course architects.

Club president Sam Christie said the club was excited with their new association with Perrett Webb.

“The enthusiasm and the course design vision that the Perrett Webb team are bringing to the club, gives us enormous confidence and we are very much looking forward to the future development of our golf courses at Indooroopilly,” said club president Sam Christie.

It was also an exciting move for Perrett who is well-known for his enduring partnership with another Australian golfing legend, the late Peter Thomson.

“To partner with one of our most successful Australian male golfers in Peter Thomson was an absolute delight,” said Perrett.

“And now to work with our greatest-ever female player is a dream come true.”

“We are thrilled to team up on our first project together and extremely excited to be appointed to redesign Indooroopilly Golf Club.”

Surprisingly, it is not the first time Webb has worked with this design team.

She worked closely with Perrett in the design of the 2016 Olympic golf course in Rio de Janeiro, where the two became firm friends.

“I am quite familiar with Indooroopilly Golf Club having played there many times as an amateur,” said Webb.

“To be selected with Ross Perrett to redesign the course as our first venture together is very humbling and something I will give my full attention to.”

“I sincerely look forward to working with the board to achieve our mutual goals.”