Wired takes a look at the science behind drive length

We can stop trying because, according to the experts, we’ll never be able to do it anyway…hit the golf ball 450-yards on-the-fly, that is.

Sure, technology will continue to play its part and the ball will travel further than it possibly ever has.

But 450 yards? Not according to the research from Wired.

There is still an upper limit and in this Wired video, they take a close look at the technology of golf balls and golf clubs.

And it also reveals there is still an “upper limit” on how far the golf ball can be hit and it includes a revealing segment into the actual technology behind the golf ball itself.

Yet it refuses to rule out that the golf ball will eventually go even further than it currently does, thanks to further modifications which, at this stage, remain within the rules. 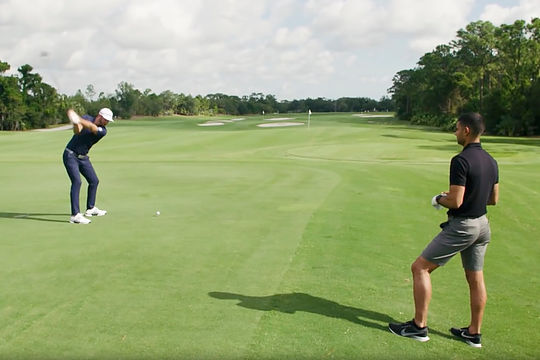 Dustin Johnson test drives during an interview with Wired

While all that sounds feasible, they do hedge their bets a little when they suggest that we still might have to resort to building longer golf courses to stop these pros reaching the par fives with little more than a drive and a lob wedge.

Maybe the R&A might still have something to say about restricting the golf ball and how far it travels.

After all, some of the world’s greatest players, among them Jack Nicklaus and Gary Player, have long advocated that something will eventually have to be done by the powers that be to rein in the distance the ball travels these days.