Falling membership numbers and mounting debts have been blamed for the proposed sale of assets belonging to Yering Meadows Golf Club in Victoria’s Yarra Valley.

The 27-hole layout has only been operating from its present location since the middle of 2008 and also operates a 15-hectare walnut plantation as well as the highly-rated Ross Watson-designed layout. 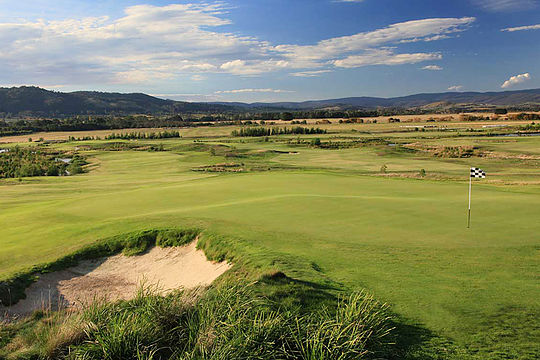 Still members were notified by letter last week of the club’s $3.5m debt to the National Bank forcing a general meeting on April 28 to consider selling the club’s freehold interests in the land, golf course and buildings on the site.

At this stage the club has indicated it wants to retain golf operations, the hospitality business, gardening equipment and the walnut plantation.

It is believed Yering Meadows’ membership has almost halved to about 615 since the Croydon Golf Club relocated to this present site in Victoria Rd, Yering site in 2008.

The latest 2015 renewal period saw a loss of about 134 playing members, which, it is believed, has left the club in an untenable position following pressure from the bank to begin repaying their huge debt.