Parents: Let the Coaches Do The Coaching

It is said that “patience is a virtue,” and there’s no doubt that effective golf coaches need patience to handle a player’s journey and the often frustrating attitudes of some players, parents and the administration.

Recently, I attended a coaching summit where many of the next generation of golfing prodigies were gathered, eager to show that they the next PGA Tour player. 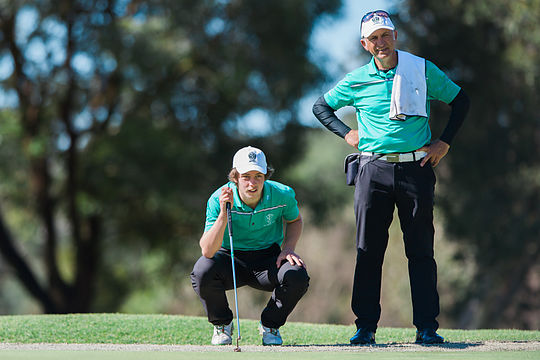 Parents: Let the Coaches Do The Coaching

The players and their parents had no idea I was media. I kept to myself, did the odd bit of eavesdropping and soaked up all the bravado coming from the parents as to how ‘Johnny is the best junior player at his school and is better than Mike,’ or ‘I don’t know why they don’t pick Jill as she’s a better player than all them in the team..’ etc – you get the gist.

A lot of the comments were negative towards the coaches – disgruntled parents who were looking to place the blame on anyone but their kid. The coach was the obvious target.

When players do not perform to their parents or their own expectations, it’s common to blame the coach. Parents, students, alumni, the media, and the team’s organisation or administration all seem to be chomping at the bit to get a piece of the coach if things are not going well.

Besides players’ parents, a child’s sports coach is often the most influential person in their life. Yet many players and parents have unrealistic expectations of their coach and they forget that sports success is very difficult to achieve.

Millions of young golfers participate in the sport every week around the world but only 140 or so line up in any given week on the PGA Tour – the odds are astronomical that any given player will achieve that level of success.

If a coach is able to have teams and individuals that are better players and people at the end of the season than at the beginning, they have succeeded. We need to keep in perspective that sports participation is an essential part of life’s journey. Sportsmanship, fairness and leadership at all times are key life skills and an effective coach teaches those attributes to players through words and example.

Yes, results are important and everyone likes to win. But, it’s how a player and, just as importantly, parents handle adversity and the inevitable ‘lows’ in sport, which is what defines a true individual and that gets the attention of those in the game.

Coaches aim to instil confidence, build skills and inspire a love of sport. They don’t purposely go out to make ‘Johnny’ a worse player.

Uncoachable players become unemployable adults. After sport they are more likely to get fired and you can be sure that ‘it was someone else’s fault’ or ‘I can’t work with that manager’ as the reason why they lost the job.

Sadly, this is something that starts in childhood and during the adolescent years. The willingness to learn from a coach is an important trait. Players are often selected in squads based on whether they’ll listen and carry out instructions. Yes talent is important but so is a child’s character.

So next time you’re on the range and your coach is speaking, put away that mobile phone and listen. And parents – leave the commentary and player analysis to the experts.