19-yo Thai star Thitikul wins LPGA Rookie of the Year

The World No.2 has won two titles on the LPGA Tour this season and collected 15 top-10 finishes along the way to notch up a total of US$2,110,142 in prizemoney. 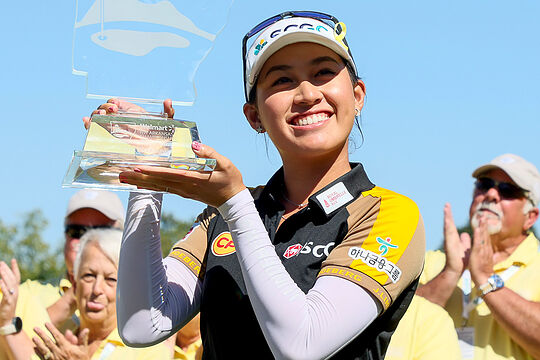 “It is such an honour to win the Rookie of the Year award, especially being the second consecutive player from Thailand to win,” said Thitikul.

“I’m happy to have made my home country proud. My rookie year has been really fun and memorable, but we still have a long way to go.”

Thitikul won the JTBC Classic and the Walmart NW Arkansas Championship this season and in the process knocked off long-time World No.1, Jin Young Ko, who had held the top spot since January and 152 weeks overall.

Unfortunately for Thitikul, it turned out to be just a two-week stay at the top with Nelly Korda winning Sunday’s Pelican Women’s Championship to reclaim the World No.1 crown.