The richest women’s professional golf tour in the world, the LPGA may be heading “Down Under”.

Yet it’s not Australia, but New Zealand, which is hoping to attract some of the world’s best women professional golfers, headlined by the world’s current No. 1 woman player Lydia Ko. 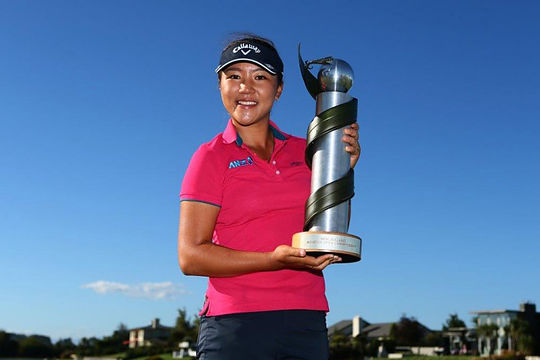 It’s part of a $6m plan to host a LPGA event in Auckland and despite several “major funding challenges”, it is still on course to go ahead.

Certainly the LPGA have already indicated they are keen to bring a tournament to New Zealand.

And why wouldn’t they. The LPGA have already gone ‘global’ with events in China, Taiwan, Korea, Malaysia and Japan through their October schedule.

Certainly NZ Golf and several NZ government agencies believe Ko’s status as the world’s No 1 golfer and her global appeal are enough to warrant a showcase tournament in their country.

NZ Golf chief executive Dean Murphy has explained that the ambitious mission to convert the New Zealand Open into an LPGA-sanctioned tournament in Auckland was still a work in progress.

“We’re still working on funding and we’ve still got some big hurdles to get through,” said Murphy.

“We are continuing to work on it and hope to have a resolution in the next month or two.”

The last NZ Women’s Open, which Ko took out for the third time in her relatively-short career, was held at Christchurch’s Clearwater Resort but attracted few big names outside of Ko and in the end was not even televised outside of New Zealand.

It has been suggested up to $6 million in backing would be required to stage an LPGA tournament in New Zealand.

While NZ Golf has not realised any details or ‘concrete’ plans for the event yet, it is believed both the Auckland Tourism Events and Economic Development (ATEED) and Major Events NZ have made it clear their ongoing support was contingent on it being held in the October “shoulder” season.