A little over a month ago, unknown University of Virginia team member Ben Kohles was finishing in a tie for 18th at the Porter Cup amateur event in New York and received confirmation of an exemption to play in the Web.Com Tour’s Nationwide Children’s Hospital Invitational the following week.

After a rapid rethink of his plans, the now former All-American decided to turn pro on the spot. In retrospect, that decision has proven to be one of the best in pro sports in recent times. 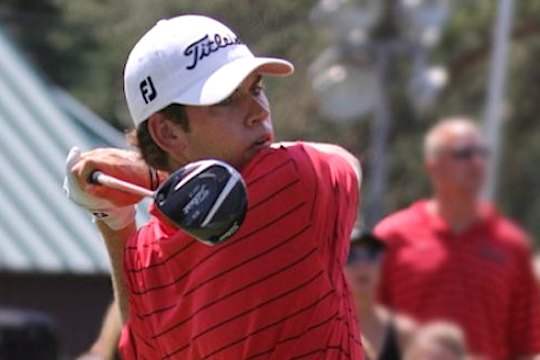 With his equipment company barely able to get his name embroidered onto a golf bag in time, Kohles teed it up at the Ohio State’s Scarlet Course hopeful, like all players making their debut, to at least not embarrass himself. Fair chance he didn’t do that, he won the tournament.

By doing so, he became the 13th player to win in his first Web.com Tour start. A list that includes our very own Stuart Appleby (1995 Monterrey Open) and Gavin Coles (2002 Jacobs Creek Open).

“It’s absolutely a dream come true,” said Kohles. “What more can you ask for in your first pro event than to win? It’s still a bit of shock and I’m not sure it’s all sunk in yet.”

Nor had the realisation that he’d just come into some serious money for the first time in his life, collecting the $144,000 first-place cheque, the second-largest on Tour.

“Coming straight out of college I didn’t have any money to my name, but I guess I have some now,” he said with a laugh.

Winning a tournament in your first ever professional start was a storyline on its own, but Kohles wasn’t done there.

In his second event, Kohles fired 9-under 62 during the final round of the Cox Classic to win by three shots.

He is now one win away from an immediate battlefield promotion to the PGA Tour for what’s left of the 2012 season but in just two starts, he’s already earned enough money to guarantee a spot in the Web.Com Top 25 and assure his card on the PGA Tour in 2013.

His third start was inauspicious by comparison but he still made the cut and collected a cheque, then came a sponsor’s exemption to play in this week’s Wyndham Championship on the PGA Tour in his home state of North Carolina – and a taste of what his life will be like in 2013.

Kohles also had a chance to meet a few of the players he has watched and aspired to emulate one day, not expecting for a minute that that day would come so quickly.

“I saw Sergio earlier. It’s pretty cool” he said in a pre-tournament interview at the Wyndham. “Pretty cool to see him; Bill Haas, he’s with the same agency that I’m under, so hopefully I’ll get a chance to meet him later.”

It didn’t stop there as the week went on as Kohles’ tweets spell out his excitement at rubbing shoulders with some serious names like Davis Love III, Jason Dufner and Rocco Mediate.

Oh, and just to keep his career average up, he made the cut on the number in his first PGA Tour start.

That’s 4 – 4 as a professional and a 3rd round tee time with one of those fellow first start Web.Com winners, Kyle Reifers.

While Kohles and Reifers were towards the back of the field, while Garcia pressed for the lead ironically, I’m sure these two members of a pretty exclusive club had much to talk about.